"I still have a bit of a tan in the oul complexion," jokes redhead Cian Lynch when asked about the All-Ireland champions' team holiday to Mexico after Christmas. "It was unreal."

But the Hurler of the Year, who turned 23 last month, quickly insists the celebrations are now firmly over for both him and Limerick as they prepare to welcome Tipperary to the Gaelic Grounds on Saturday night.

"We're back to reality now, a bit of normality, we trained the last few weeks. Back hard at it again and it's what you want to be doing.

"It was great winning the All-Ireland last year but 2019's doors are after opening now and the heads are down, everyone is pushing for places on the team and it's a new chapter for every team across Ireland.

"Limerick were waiting for a long time for an All-Ireland senior title. For us as players, it's a massive boost but 2018 is over. If we keep dwelling on the past there'll be no future.

"There are new lads on the panel and everyone is pushing each other, which is important. There's plenty of competition there. The hunger is there." 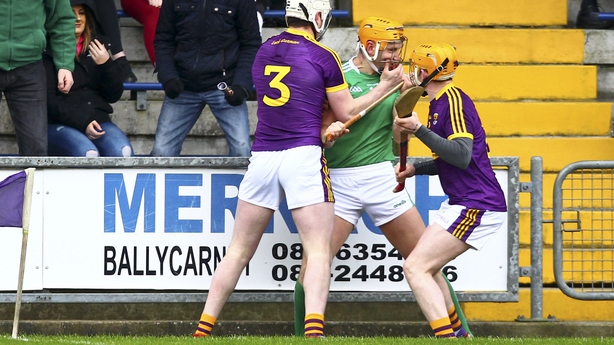 Limerick were expected to show some signs of rustiness after their shorter preparation time but showed great resolve to hold off Wexford on their own patch in last week's feisty Allianz Hurling League opener.

"We got the win last week but it wasn't a perfect performance," said the midfield star. "There are a lot of things we need to work on.

"We knew it was going to be a battle. We were there two years ago and lost.

"We said to ourselves that we needed to drive on and get off to a good start. Thank God we did and got over the line.

"There was only two or three points in it, which shows that this year the League is going to be wide open again and it's all to play for."

Round 2 of the Allianz Hurling league sees Tipp face All-Ireland champs Limerick in the Gaelic Grounds. @MartyM_RTE was down in Shannonside to preview the game. Watch the game live on RTÉ2 on Saturday evening from 6.30pm pic.twitter.com/jOaZdZwmGz

On Saturday, they face a Tipperary side re-invigorated by the return of Liam Sheedy and high on confidence after an eight-point dismissal of Clare last week.

"Any time you play Tipperary it's huge, the local rivalry..." reflected Lynch.

"We'd know a lot of each other from going to colleges, playing Fitzgibbon, and club games down through the years. There have been many battles.

"With Liam Sheedy after taking over there is a lot of excitement around Tipperary, especially after their win against Clare.

"This time of year, all you can do is get the basics right and try to drive it on.

"We know Tipperary are going to bring a massive performance too but hopefully if we keep the heads down we'll get the result and a few lads will put their hand up." 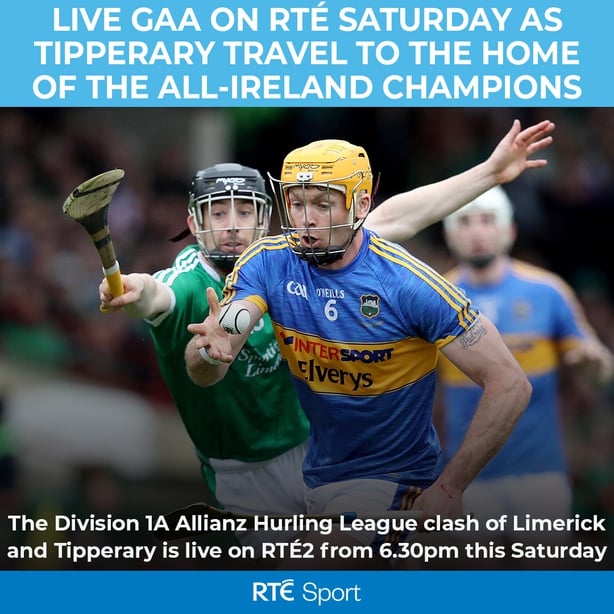