There has been mixed news for Donegal manager Declan Bonner with Michael Murphy set to miss the first half of their League campaign, while Ryan McHugh is poised for a return to inter-county action.

Donegal open their Division 2 account on 27 January away to Clare, but The Star reports that they will be without talisman Murphy for at least the first half of the League after undergoing knee surgery.

Bonner is already without the seven members of his squad as Gaoth Dobhair prepare for an All-Ireland club semi-final, while Patrick McBrearty, Frank McGlynn, Paddy McGrath and Leo McLoone are all working their way back to full fitness.

Eoin McHugh, who sat out the 2018 season, tore his hamstring in the weekend’s victory over Down.

There was more positive news however with regards to Ryan McHugh, who is set to face Cavan in the McKenna Cup tomorrow night.

The 24-year-old has been out of action after suffering concussion in a challenge game against St Vincent’s of Dublin. 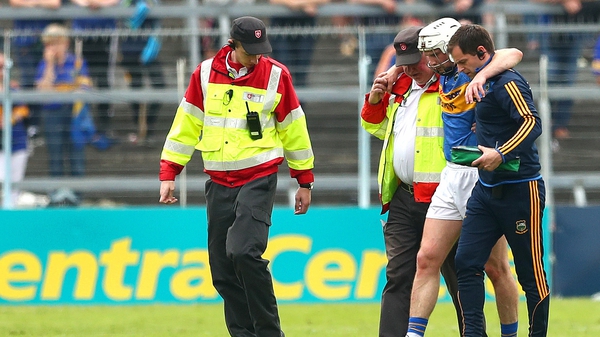 Brendan Maher hitting all the timelines as he eyes Tipperary return