Tipperary’s 2016 All-Ireland winning captain Brendan Maher is bang on course to return to action in the middle of the Allianz League after battling back from a cruciate injury picked up in the Championship last summer.

Tipp manager Liam Sheedy said that Maher, who turned 30 on Saturday, is making good progress and the Borris-Ileigh man is well down the road to recovery.

And while an actual date has not been penciled in for his return, Sheedy is hopeful that Maher will line out for the Premier County towards the second half of the League campaign.

"He is still on a road to recovery. Brendan is training but he won’t be actually squad training until the middle of February.

"He has a bit to go yet," said Sheedy, whose side will take on Clare in the Co-Op Superstores Munster league final at the weekend. 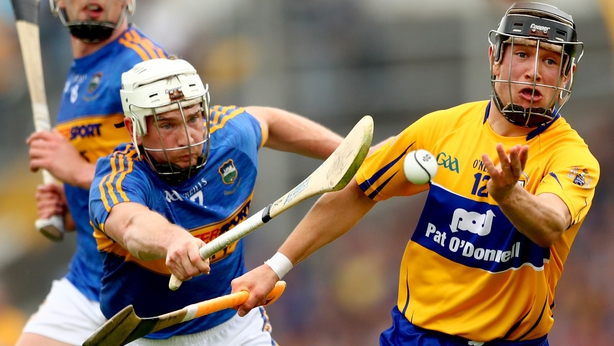 Maher’s season ended at the same time as Tipperary’s summer took a turn which saw them bow out of the Championship to Clare in their final Munster Championship pool game.

Tipp were 1-19 to 0-18 in front when Jake Morris hit a post before Clare came down field and got a goal from Ian Galvin which helped the Banner to go on and win by two points.

But in between Maher suffered the cruciate injury which ended his year after he went across and tried to tackle in the in-rushing Podge Collins.

Surgery and rehab has gone well for Maher and Sheedy, who is hoping to get a few more players back on the field in the next week or two, is hopeful that he will remain on course.

"We are certainly not going to rush him but he is hitting all of the timelines that we are looking for. We definitely feel that he will be available mid to end league," added Sheedy.