Fourteen years ago, on a crisp December night in Tralee, The Underdogs cut the All-Ireland champions down to size.

The TG4 reality TV show gave a panel of players, who had never played at senior inter-county championship level, the opportunity and the platform to show what they were made of.

In 2004, led by Mickey Ned O'Sullivan, the unheralded group beat what was, in fairness, an understrength Kerry side but one nonetheless that included five of the men who had lifted Sam Maguire just three months previously.

The Underdogs beat Kerry by 3-11 to 2-11 after extra-time. The show has now returned to our screens after a ten-year absence, and will give another group of hopefuls the chance to make a name for themselves.

Donaghy's star exploded after he squared up to the equally imposing Michael Quirke in midfield at Austin Stack Park. He was too good for then Kerry manager Jack O'Connor to ignore and got called into the county panel afterwards, going on to establish himself as one of the county's great footballers.

Donaghy called it a day on Tuesday with four All-Irelands, four All-Stars and a Footballer of the Year award in his back pocket.

O'Neill lined up alongside Donaghy in midfield that night, but it was another two years before he came into the Cork senior panel.

O'Neill spent a year in Australia but once he got the call at age 26 his impact, in a more advanced role, was immediate.

The 6'5" Aghada man won four Munster titles, an All-Ireland and an All Star before retiring in 2013. 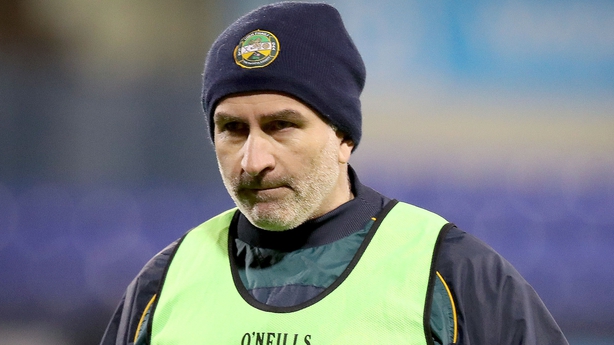 Stephen Wallace racked up 2-2 at full-forward against his native Kerry but is perhaps best known for his brief stint as manager of the Offaly footballers.

Wallace took the reins in the Faithful County in October 2017 but was sacked in May in the wake of the Leinster SFC first-round loss to Wicklow, despite the players issuing a statement of support for the Kerryman to the county board.

Armagh man Barra O Muiri turned in a terrific performance against Kerry, bagging 1-05 on the night. He went on to embark on a career in politics and is now a Sinn Fein Councillor in Newry & Mourne.

The man between the sticks in Tralee, Hugh Murphy, got the nod to start ahead of Mark Herbert, who had been the All-Ireland long-kicking champion five years in a row.

He's now a woodwork and technical drawing teacher and though he represented the Kingdom up to Under-21 level, Murphy never broke into the seniors.

Martin Kennedy played for Dublin at minor and U21s, and represented Naomh Mearnóg in Portmarnock at club level. He went on to feature for London at inter-county level, where he also worked as a coach.

Kennedy has carved an impressive niche for himself in his post-playing career. He became involved in Anthony Daly's Dublin senior hurling setup at the end of 2010 and was at the heart of the Sky Blues' rise to footballing dominance as the county's Head of Athletic Performance before being snapped up by the IRFU in 2015.

He remains with them in the position of National Talent Athletic Development Coach.