Dublin forward Nicole Owens says she is determined to claim a second successive All-Ireland senior title and put three Croke Park defeats to Cork behind her once and for all.

Owens has been a star performer for Dublin all season as they worked their way through the Leinster and All-Ireland championships unbeaten thus far.

A Lidl League campaign saw Dublin lose to Galway along the way, but Mick Bohan’s side still picked up their first Division 1 title against Mayo, in what was a repeat of last year’s All-Ireland decider.

But the chance to take on Cork in the decider next Sunday, after losing to the Rebels in the 2014, 2015 and 2016 finals, is a mouthwatering challenge for Owens, and she says Dublin are keen to defend their crown.

"There’s a factor in that, that we’ve lost three to them... but it’s the best two teams who make the final and we strongly believe that if we play to the best of our abilities and follow our game plan that we are the best team in the country," said Owens.

"Whether it’s Cork, had it been Donegal or whoever, the onus is on us to perform and it’s a final and we’re going to go out to win. Definitely we’re a happy camp but we also have some things to improve on.

"Last year we won. We consider ourselves the top team in the country and we are determined to defend last year." 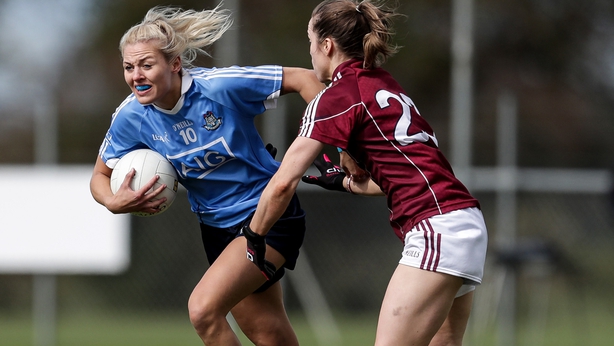 St Sylvester’s clubwoman Owens bagged 1-1 in Dublin’s impressive semi-final win against Galway and has scored in each of Dublin’s five championship games to date, suggesting she could well add to the first All-Star she picked up last season.

Considering her inter-county debut came back in 2012 against Cork, Owens has certainly put in the hours with Dublin over the years, but she is still keen to improve as a player and hit her peak on All-Ireland final day.

"Last year, we were really happy, obviously, with our performance coming away but Mick always asks us to improve as a team," said Owens.

"This year we’re focusing on different things and we’re trying to lift and positively push our performance up and up and up. Hopefully the final will be the culmination of everything so far this year.

"(Against Galway) it was not as comprehensive in the second-half as we would have liked but it’s another All-Ireland final, it’s our fifth one in five years.

"The last five years I have been involved have been great. It’s a brilliant run, we’ve made it every year and last year was the peak of that, so this year we’re looking at continuing it on and creating a legacy."