Captain Sinéad Aherne fired Dublin into a fifth straight TG4 All-Ireland Ladies senior football final as the defending champions made short work of Galway’s challenge to set up a fourth decider with Cork in five years.

Aherne – who’s now scored 4-24 in the 2018 championship – bagged all of her 2-4 in the opening half to add to a Nicole Owens opening goal as the Connacht champions never found their feet in this last-four clash at Dr. Hyde Park in Roscommon.

Stephen Glennon’s Galway had hoped to reach a first final since 2005, but with Aherne and co. on song Mick Bohan’s side maintained their unbeaten run.

The early moments of this match suggested it could be a long afternoon for Glennon’s Galway and when Owens blasted to the roof of Lisa Murphy’s net after just four minutes Dublin were off to the best possible start.

A free from captain Tracey Leonard two minutes later got Galway up and running, but the retort from Dublin was impressive, with Aherne on target with three points including two excellent efforts from open play to put her side 1-3 to 0-1 ahead.

The Galway forays forward were few and far between at that stage as they struggled to match Dublin physically but from one good attack from midfielder Sarah Conneally landed a huge score for her side.

Yet again Dublin were incisive in attack though and Aherne was on hand to punch to the net after some excellent work in the build-up form 2017 Senior Players’ Player of the Year Noelle Healy after 13 minutes. 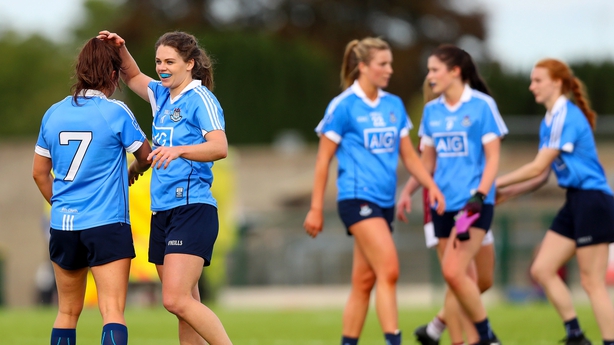 An Aherne free had Dublin eight points clear by the 17thminute, and the captain pushed her side even further ahead eight minutes before half-time from the penalty spot. A tug by Sarah Lynch felled the St Sylvester’s attacker, who brilliantly found the top corner from the penalty.

An exchange of scores meant Dublin were 3-5 to 0-3 ahead at half-time, but they showed their intention to wrap up the win early as Owens and Lyndsey Davey split the posts in the opening exchanges after the break.

Galway’s top scorer from play this season, Leanne Coen, kicked her first of the game and she was followed by Tracey Leonard as Galway landed back-to-back scores for the first time. Another Leonard free cut Dublin’s lead to ten points with 18 minutes remaining, but in the 46thminute Dublin drew a line under this game when Siobhán McGrath and Healy linked and Davey palmed to the net.

Olivia Divilly hit the net for Galway nine minutes from time, while a couple of frees closed the gap to six points with four minutes remaining. 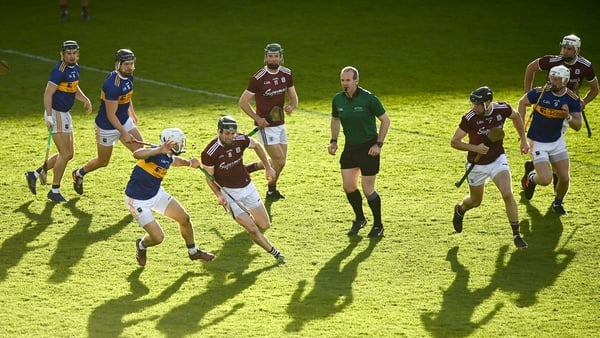 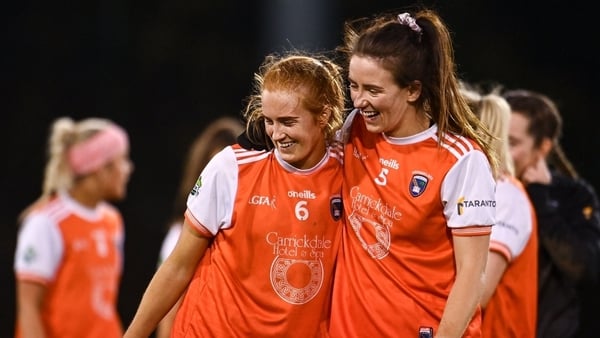 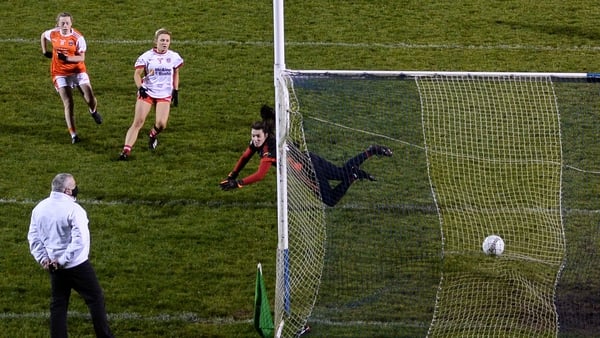