Limerick manager John Kiely has heaped praise on his team after they withstood a gallant Galway comeback to claim a first All-Ireland title in 45 years.

The Treaty men appeared to be coasting to victory, but the reigning champions hit 2-02 in injury-time to reduce the gap to the bare minimum and the momentum on their side.

Graeme Mulcahy’s 78th-minute point however sealed a famous win, and Kiely admitted the dramatic finale was tough to watch from the sidelines.

"Horrendous, absolutely horrendous, but if that is what you have to do to get what we have, we’ll take it," he told RTÉ Sport.

After finishing third in the Munster pecking order, Limerick negotiated Carlow before really flexing their Liam MacCarthy muscle with victory over Kilkenny in the quarter-finals. They edged past Cork in a nail-biter last time out and Kiely says the attitude, and no little skill, has seen his team over the line. 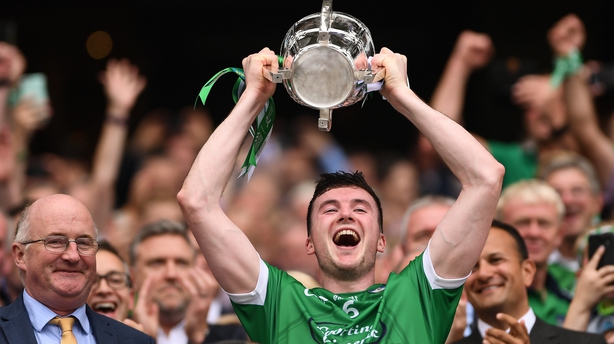 "It’s huge, huge, huge relief," he said. "This group has phenomenal belief in its own abilities, its own resolve, that never-say-die attitude.

"We have worked so, so hard. Galway pushed us so hard in the last 10, 15 minutes. It was really difficult on the lads to hold their nerve to try and find those last few vital scores, but they did.

"They just don’t know what it is to give up. They keep going and going and never say die. It was really difficult in the last few minutes and they still found a way. There is no substitute for hard work."

"We felt over the last 45 years that we were second class citizens when it came to hurling. We were always the bridesmaids, but today we got over the line"

Liam MacCarthy hasn’t resided in the Treaty County since 1973 and after five successive final defeats, Kiely says it is a huge breakthrough for the county.

"We were always the bridesmaids - but today we got over the line" - John Kiely #rtegaa pic.twitter.com/O7n3DOgXbV

"I’m just thrilled for the lads. I’m thrilled for all of Limerick. We felt over the last 45 years that we were second class citizens when it came to hurling. We were always the bridesmaids, but today we got over the line.

"I’m so happy for everyone in this stadium and back home in Limerick." 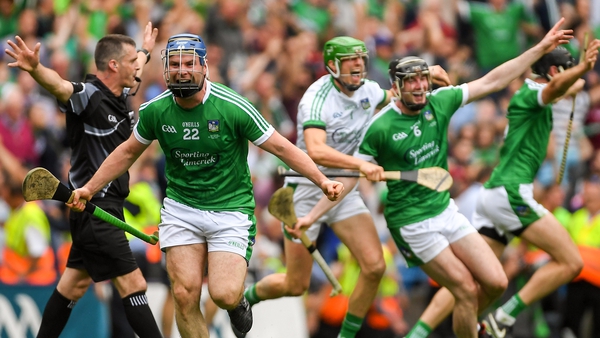 Limerick hang on against Galway to end 45 years of pain