Another good game in the All-Ireland final against Limerick this weekend and Pádraic Mannion could ensure that the Hurler of the Year race becomes more of a coronation than a contest.

The 25-year-old wing-back has been in dominant form this season and in many experts’ eyes he is in pole position to land the game’s most prestigious solo accolade.

The HOTY contenders are nominated by the All Star committee, made up of journalists, and then the winner is decided by a vote of inter-county players. At the moment, Mannion is the man to beat.

If he gets space, he’ll drive through the middle and take his own score. If not, he plays quality ball into the wing-forwards - Cyril Farrell

"He’s had a fantastic year," said RTÉ hurling analyst Cyril Farrell, who has been watching Mannion and his brother Cathal, 19 months his junior, for club and county since they were youngsters.

"It’s seems like they’re both around for years, even though they’re both only still young. The two of them would have been earmarked as being potential Galway seniors from a young age – we all knew that these were ones to watch."

Pádraic, who plays his club hurling with Ahascragh Fohenagh, was part of the Tribesmen team that broke a 29-year All-Ireland drought when they won the Liam MacCarthy Cup last September.

If they are to emulate that great Galway team of 1987/’88 and go back-to-back, the bedrock of their success will again be their half-back line of Mannion, Gearóid McInerney and Aidan Harte.

"Pádraic seems to be taking it to a new level every game he has played in the Championship this year," said Farrell.

"He’s at the peak of his health and his hurling; he’s so comfortable on the ball and you can see that he has great confidence in his abilities.

Mannion endured a sometimes bumpy path to where he is today.

In his first year as a minor he got invited in for Galway trials. The call asking him to join the panel never came.

The following season, 2011, he did make the squad and played his part in the All-Ireland final win over Dublin.

He didn't get going at Under-21, with a prolapsed disc in his back costing him two whole seasons. By the time he made his senior debut in 2015 it has been four full years since he last pulled on the Galway jersey.

Not that he’s complaining – he knows it could have been worse. His older Ciarán was a noted underage talent before a string of knee problems forced him to give up the game and he’s now teaching in China. That’s a long way from Croke Park.

"It shows you can’t take anything for granted. I had a good few injuries myself. I didn’t play at U-21 level," he said in an interview earlier in the season.

"So I know there is a fine line between being injured and being involved. Any day you go out to play you can get injured and miss out."

So what is it that makes this fine young hurler stand out?

"It’s his hurling quality," said Farrell, who is predicting a Galway win against Limerick at Croke Park on Sunday. "His reading of the game is first class and he always looks to have time.

"He marks his own man and then sweeps across behind centre-back to mop up ball if it’s required. If he gets space, he’ll drive through the middle and take his own score. If not, he plays quality ball into the wing-forwards.

"I don’t know what Limerick will do, but it’s getting to the stage where teams are looking to put a man there to mark him. Normally wing-forwards don’t like to mark, they want to get on with their own game, but the other teams have to push a man up on him because he creates so any attacks."

So a strong weekend showing could see Mannion Hurler of the Year-elect. Not that he’ll be bothered – his only concern will be doing his part to get Galway over the winning line. 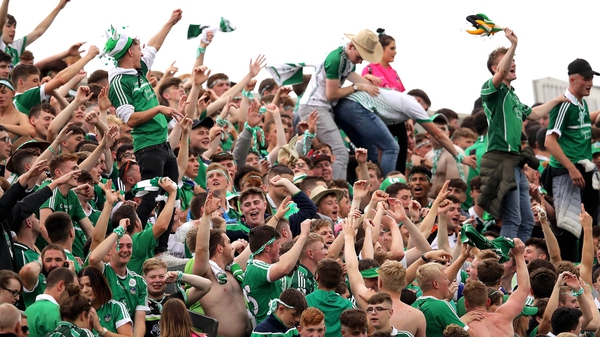 Limerick: The coming-of-age drama of the summer