It may take a couple of weeks for Donegal to get their heads around a rollercoaster 2018.

With a new manager and a young squad of players backboned by members of the 2012 All-Ireland final winning side, they saw highs and lows.

They were relegated from Division 1 in the League and exited the Championship at the quarter-final stage with defeat to Tyrone on their home patch in Ballybofey.

But in between they captured just their ninth-ever Ulster title, delivered some stylish attacking performances and gave their fans some hope to cling to for the future.

"We set out our goal at the start of the season to win an Ulster title and get into the Super 8s. We had a lot of new lads coming in, but at the same time we’re very, very disappointed with the way we’ve exited the Championship in Ballybofey," said boss Declan Bonner following the first season of his second stint in charge.

"It was a huge learning curve for a lot of the lads and hopefully they can come back stronger."

For long stages of their final Group 2 Super 8s game at Páirc Seán Mac Cumhaill they looked like they were set for an All-Ireland semi-final appearance against Monaghan next Sunday.

But Tyrone reeled them in and eventually won 2-17 to 1-13 following a free-scoring second half that brought an end to Donegal’s 21-game unbeaten run in Ballybofey across League and Championship.

Speaking to RTÉ Sport, captain Michael Murphy said: "We were in a block of four weeks for the Super 8s; we started off against Dublin, which didn’t go so well, we got back on track against Roscommon and that gave us an opportunity on our own patch against Tyrone.

"That was our four-week block, things were starting to come together well and we were looking forward to going out there to show what we’re worth.

"We’ve pushed on and tried new things, but ultimately we’ve come up short again at the All-Ireland quarter-final stage. The thing that we’ve got to clutch to is that we’ve a lot of younger players that are another year down the line and another year more experienced."

They will start 2019 as Ulster champions, but also facing life outside the top flight, in Division 2 and fighting to get back amongst football’s elite.

Patrick McBrearty should be back from the cruciate knee ligament injury that prematurely ended a season that was shaping up to be his best.

This will bring an added dimension to Donegal’s attacking play and take some of the burden off Murphy, who is both his team’s primary ball-winner in the middle of the field and and main attacking threat in front of goals.

But they’ll be watching next weekend’s all-Ulster All-Ireland semi-final between Tyrone and Monaghan thinking about what might have been in 2018. 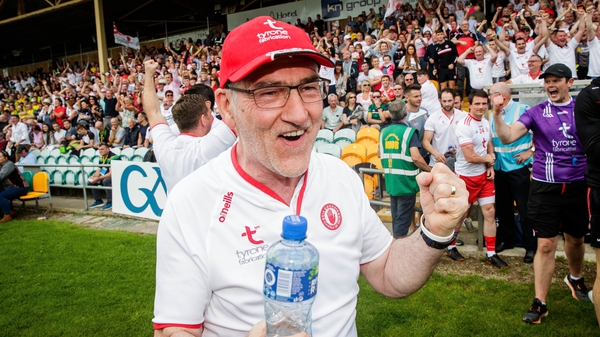