Armagh and Donegal meet again in the 2018 championship – and this time for a place in the TG4 All-Ireland semi-finals.

Donegal were big winners when the counties clashed in the Ulster final but Armagh will be confident of closing what was a 28-point gap in June.

Donegal scored an incredible tally of 9-21 on that occasion but Armagh got in for four goals and could have had more.

Since then, Donegal have topped Group 1 of the All-Ireland qualifiers, beating Tipperary by three points and Kerry by just one.

Armagh, meanwhile, drew with Monaghan first time out and did enough in defeat against Cork last weekend to go through on scoring difference ahead of the Farney County.

Armagh make two changes to the team that started against the Leesiders last weekend.

Caoimhe Morgan comes in for Rebecca O’Reilly in defence and Clodagh McCambridge drops to the bench to accommodate the inclusion of ace forward Aimee Mackin, who’s been struggling with injury.

There’s just the one change on the team named by Donegal manager Maxi Curran, with Emer Gallagher coming in to replace Anna Marie McGlynn.

Lethal forward Geraldine McLaughlin is in a rich vein of form, having collected 0-20 in the qualifiers.

Victory for Donegal would send them through to a first-ever All-Ireland senior semi-final, while Armagh’s last appearance in the last four was in 2015. 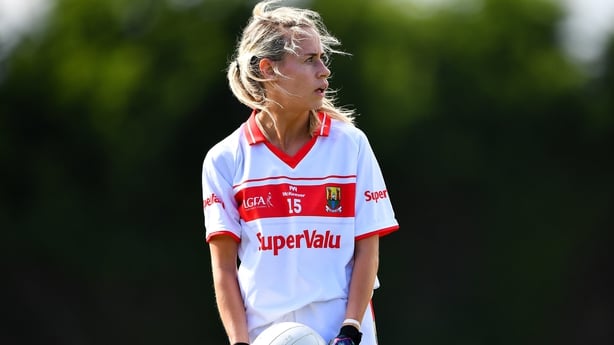 Cork, the 11-time champions, have their sights set on glory once again and are motoring along quite nicely under the radar.

They regained the Munster title with minimum fuss before seeing off Monaghan and Armagh in Group 2 of the qualifiers to top the pool.

Now they’re eyeing up the challenge of Westmeath, with a semi-final against Donegal or Armagh on offer for the winners.

Cork manager Ephie Fitzgerald has opted for just one change to the starting team that accounted for Armagh last weekend.

Chloe Collins replaced Aisling Kelleher at half-time and Collins is handed a start ahead of Kelleher on this occasion.

Westmeath suffered a big defeat to Galway last time out but a victory over Waterford in round 1 ensured that the Midlanders would contest a quarter-final.

Stephen Maxwell’s charges will need a huge improvement to compete with Cork, as they’ve suffered big losses to provincial winners Galway and Dublin in this championship, while they’re now facing up to the Munster standard-bearers.

Maxwell has made two changes in personnel for this fixtures with Cork, as Laura Brennan and Karen McDermott come into the side to replace Caoimhe Clarke McMahon and Aoife Connolly.

Cork will be anxious to flex their muscles ahead of an expected slot in the semi-finals but this is very much a ‘free shot’ for Westmeath, who have been free from the threat of relegation since beating Waterford.

Maxwell will encourage his players to have a go and with the shackles off, Cork will need to deliver a performance to advance.