Quaid pulled off an incredible stoppage time save from Cork captain Seamus Harnedy at the end of 70 minutes to ensure the game went to two additional ten minutes.

The crucial intervention has been widely praised and was even picked up by the American media publication Sports Illustrated, which named the Quaid save as their Sports Highlight of the Weekend.

This jaw-dropping hurling save was the sports highlight of the weekendhttps://t.co/tyOYsmI20d

His cousin was rightly proud, though says that the stop showed just how much goalkeeping has changed since his day.

All Star winner Joe was between the posts when Limerick lost All-Ireland finals in 1994 and ’96 to Offaly and Wexford respectively.

"Goalkeeping has changed so much these last few years that shot-stopping is the least of their duties," he said, speaking to RTÉ’s GAA Podcast.

"You’re basically started every attack with your puck-outs. The save, I supposed it wasn’t a save, the flick Nickie gave – in my day you’d be waiting for someone to hit it at you as opposed going out to dispossess him.

"I have a young lad involved with the county Under-14s in goal and one thing I’m constantly trying to tell him to do is hone his puck outs, hone finding space, hone finding runners.

"Shot-stopping, the old bread and butter which had you counted as a good goalkeeper, is secondary now. The days of lashing it as far and as long down the pitch and hoping some big lad will catch it is gone."

Check out this unbelievable save by Nickie Quaid! pic.twitter.com/Y3deg0CM18

Limerick have come close plenty of times since they last lifted the Liam MacCarthy Cup in 1973, most recently losing the decider to Kilkenny in 2007. Quaid though is hoping that this team will finally bridge the gap.

"I think Shane Dowling summed it up afterwards – nothing is won," he said.

"We have been in enough All-Ireland finals over the past 45 years. I don’t think this bunch of lads will get carried away with it.

"It’s time for these lads to write their own bit of history, the semi-final was another stepping stone – it’s definite, massive progress. These guys are good enough to win an All-Ireland and it’s up to them to go out and do it." 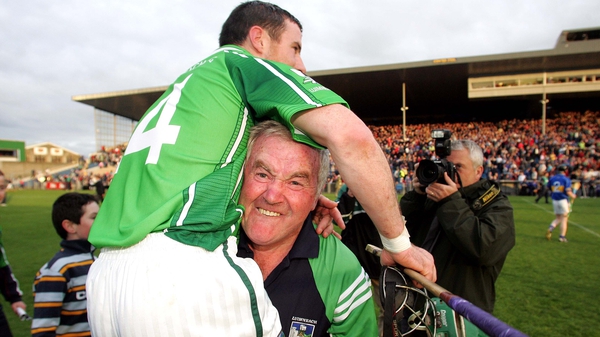