Cork wing-back Christopher Joyce is wary of a Limerick team loaded with "massive confidence" ahead of Sunday's All-Ireland SHC showdown at Croke Park.

The Treaty have not lifted the Liam MacCarthy Cup since 1973, when they beat Kilkenny by seven points, but they are very much a team on the rise.

They gained promotion from Division 1B in the spring thanks to a thrilling victory against Galway, and have taken the scalps of Waterford, Tipperary and - in the All-Ireland quarters - the Cats. They also drew a humdinger of a Munster round-robin clash with the Rebels back in June.

Manager John Kiely has been keen to keep a lid on the growing expectations but the genie is out of the bottle: Limerick are contenders again.

"The main difference this year is they have massive confidence and belief in their game plan. Kilkenny came right back at them the last day and they stepped up again and went that extra mile.

"They've great confidence. We know we're going to have our hands full. They're going to bring a big crowd, a big performance and it's up to us to match that on the day."

In the red corner, Cork are another side on a mission. 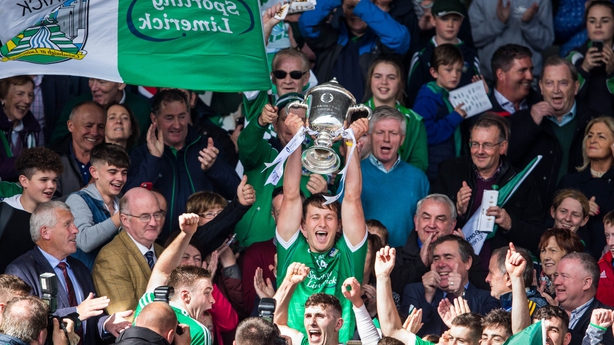 They were turned over in the last year by Waterford a year ago, 4-19 to 0-20, and the scars remain. Only the ultimate glory will fully heal those scars and Limerick's Tom Morrissey is expecting a huge test.

Morrissey captained his county's Under-21s to the All Ireland 12 months ago. He has tasted glory and he wants more, but the 22-year-old forward won't entertain the tantalising prospect of running on to the Croke Park turf on an All-Ireland final day for the second year running just yet.

"We're good at keeping the distractions away from ourselves," he said.

"That'll be one of the main tasks we have coming into Sunday, just keeping the hype of the supporters separate to us.

"We've a job to do and we're focused on that. We're putting all the distractions aside."