A game which teetered to and fro at Páirc Uí Chaoimh on Saturday evening ended with honours even, Kyle Hayes earning 14-man Limerick a draw with an injury-time point.

For the second week in a row, Cork looked to have done enough for the victory as they scored four points in a row between the 66th and 69th minutes, two from Darragh Fitzgibbon and one each from Patrick Horgan and Conor Lehane.

Limerick looked to be flagging after a trojan effort in the second half following Aaron Gillane’s first-half dismissal, but they levelled as Diarmaid Byrnes converted a long-range free and though Horgan pointed again for Cork, giving himself a personal tally of 1-11, Hayes was on hand when a clearance fell to him.

While Cork could have snatched it in the 74th minute, Séamus Harnedy’s effort was blocked by Seán Finn and it was hard to argue with a draw being the fairest outcome. 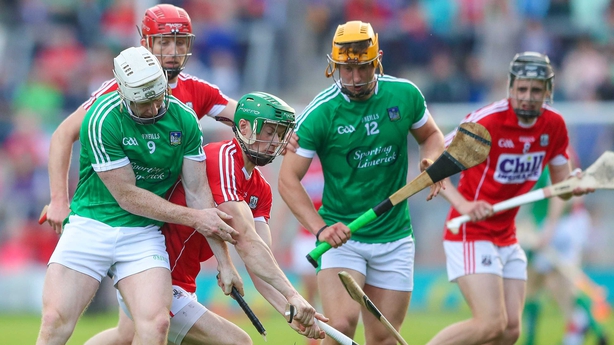 The game stood at 0-03 each in the seventh minute when the Shannonsiders’ captain Declan Hannon was forced off injured, having been impressive in the early stages.

After he went off, points from Patrick Horgan and Darragh Fitzgibbon gave Cork a cushion, but it wasn’t to last as Limerick reeled off four of the next five, with Aaron Gillane (free), the lively Séamus Flanagan and Gearóid Hegarty all on target.

A pair of Horgan frees had Cork back in front and then Christopher Joyce set up Daniel Kearney for his second point of the evening to make it 0-10 to 0-08 before Limerick’s situation looked to have got even worse. With Cork’s Mark Coleman preparing to take a sideline cut, Gillane tangled with his marker Seán O’Donoghue and when the corner-back went down, referee James Owens consulted with a linesman and showed Gillane the red card.

In the wake of that, Shane Kingston scored his second point and by half-time they were 0-14 to 0-12 to the good. Horgan opened the second-half scoring but Limerick tied matters again through Tom Morrissey, Cian Lynch and Graeme Mulcahy, only for Horgan to net after Séamus Harnedy found him in space. 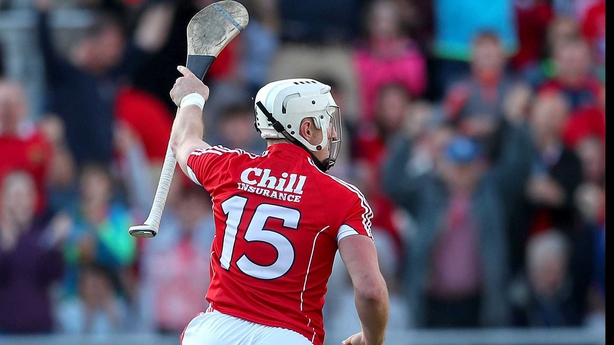 Limerick’s response was resolute, Flanagan outstanding as they outscored Cork by 0-09 to 0-03 over the next 13 minutes, Cian Lynch and Tom Morrissey to the fore as well. While two Horgan frees steadied Cork, Dan Morrissey and Tom Morrissey scored to put Limerick 1-26 to 0-20 in front.

Cork had a surge in them, but Limerick were able to respond to it and both sides remain unbeaten.