RADIO
Saturday Sport on RTÉ Radio 1 from will have live commentary from John Kenny and Seamus McEneaney.

TV
Live coverage on Sky Sports and on GAAGO. Highlights of all the weekend's action on The Sunday Game from 9.30pm on RTÉ2. 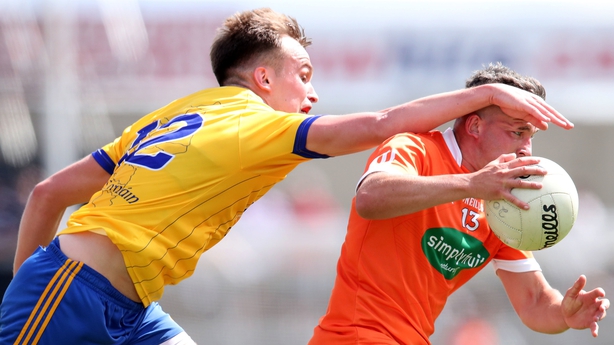 Hope for the the traditionalists

Contrasting games played out in the sweltering heat. A summation on how Tyrone and Roscommon overcame their respectable hurdles at O'Moore Park last weekend.

The Rossies and Armagh were first up and they served up a delightful dish of high-scoring where wides were a rarity and the drama kept us compelled until the closing few minutes.

Kevin McStay's men hit 1-03 in injury time to finally find some daylight, but credit to all involved for producing a contest of such quality that much to illuminate a sub-standard championship so far. 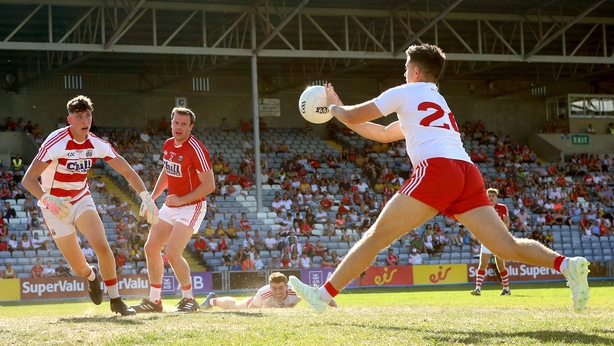 Tyrone, for their part, had little difficulty in accounting for Cork.  It was all too easy for a dominant Red Hand side as they cut swathes through a porous defence to pick off scores at will.

Second half goals from Connor McAliskey and substitutes Ronan O’Neill and Mark Bradley added gloss to what was always going to be a convincing Red Hand victory.

And so now in one corner we have a side who want to mix it more regularly with the big boys against an opponent who are trying to get back to the level where they held sway over the rest.

The journey according to McStay 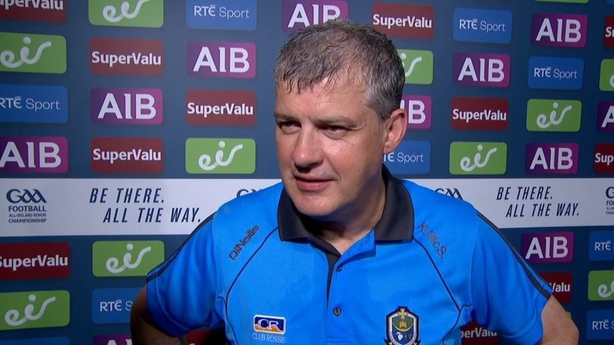 It's always the next step for Kevin McStay. In his tenure so far, the Primrose and Blue have taken a few positive steps forward and have silverware to show for it. They have had a few jolts, however, but the outlook still remains positive and McStay is determined Roscommon will continue to play in an expansive way.

There will be no mass defences, a war will be fought, but it won't be an attritional one.

Reaching the Super 8s sees them embark on another adventure. Two points against Tyrone and a similar outcome against Donegal at the weekend would effectively see them through an All-Ireland semi-final.

There is nothing easy, however, on this new adventure. The Red Hand are doughty opponents, extremely tenacious in the tackle, break at pace and at the end of it all have the personnel to clip over points from a variety of angles. And while Cork were abject the last day, a tally of 3-20 was still pretty impressive from Harte's troops.

Check out the full-time highlights between Armagh and Roscommon! pic.twitter.com/dHsOuesKQr

Roscommon kicked some glorious points from distance against Armagh and such marksmanship may very well be the key to success rather than trying to prize openings through a congested rearguard.

Enda Smith and Cathal Cregg were outstanding in Portlaoise, with Ciaráin Murtagh and Diarmuid Murtagh between them hitting 12 points. Cathal Compton is fit to start and will be on the edge of the square.

Fintan Cregg, who came on as a sub last Saturday, will be in from the off at number six. It's in defence where one would worry for the Rossies.

Conor McAliskey is an attacker who could do them damage and in Tiernan McCann, Peter Harte and Frank Burns, the Red Hand possess a counter-attacking thrust that will need to be curtailed.

In all, Tyrone had 10 different scorers against Cork, their bench is strong and they are very familiar with Croke Park. The team is unchanged from last week.

"It's a very hard match to call. Tyrone were very impressive against a very poor Cork outfit. You can't but recognise the running game they have, 3-20 is a big score in any game. They were brilliant. Now, what a match Roscommon v Armagh was.

Check out the Full-Time highlights between Cork and Tyrone! pic.twitter.com/KWWUrLn5oM

"Direct football, brilliant inter-linking scores from play. But Roscommon will find it tougher to break down a fiercely organised Tyrone. How will they cope with the Tyrone runners? That would be the question I have. If Roscommon front up and pressurise Tyrone everywhere, I'd give them a great chance.

"Midfield will also be so vital. I just have a feeling if Tyrone play that they will wear down Roscommon. They will really test that defence. I'm just about going to go for Tyrone.

Saturday will be warm with temperatures in low to mid-twenties generally, but a little cooler near the Atlantic Seaboard with temperatures of 17 to 20 degrees. The best of the sunshine and temperatures will be in the east and southeast, with cloudy and misty conditions prevailing further west. Light to moderate southwesterly breezes. For more go to met.ie.