Cian O'Neill showered praise on his resurgent Kildare charges after they stormed into the Super 8s, declaring: "Those Kildare footballers deserve to be in there on merit."

After the 'Newbridge or nowhere' saga culminated in the Lilywhites dumping Mayo out of the championship, they continued to kick on with a ruthless 3-20 to 0-18 dismantling of Fermanagh in the final round of the qualifiers.

A dour spring saw them drop to Division 2 of the Allianz Football League and there were huge question marks hanging over this side after they lost to Carlow in the Leinster SFC. The doubters have been silenced with a stirring qualifier run. Now O'Neill wants more.

"We're in the Super 8s after a really shocking start to the year.

"Full credit to he players and the way they bounced back. For three quarters of that game they showed you what they can do. Fermanagh dominated us (in the last quarter) and that's disappointing. That's something we'll have to reflect on before next week. 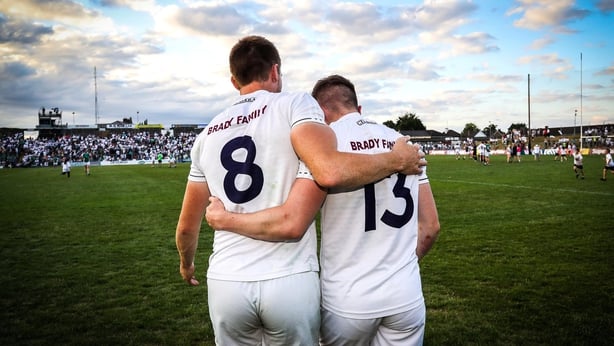 "The changes seemed to impact how we played in the last quarter in terms of shape, in terms of our dominance. It's all learning; every week we're learning a bit more.

"When you're playing against a team like this who are so defensive you have to get ahead early in the game. Today we made a point of getting on the scoreboard early and we never looked back."

The row with Croke Park over where Kildare would play their Round 3 qualifier against Mayo seems to have revitalised the county.

They managed to hold on to home advantage after fiercely protesting plans to switch the game to Croke Park, and now find themselves in the business end.

"A lot of stuff was said about them, thrown at them, about the management, and obviously as a manager at and rightly so based on performances. But it should never get top a personal level in any case.

"For them to show the character and the honesty and the resilience to come back, they deserve everything they get. Those Kildare footballers deserve to be in the Super 8s on merit."