Kildare will take on Mayo after Cavan face Tyrone in a qualifier round-three double-header at Croke Park on Saturday.

All bar Kildare will play in the Allianz Football League Division 1 next year and will be expected to draw healthy support after they were paired in this morning's draw.

There will be live commentary of Cavan v Tyrone on RTÉ Radio 1's Saturday Sport at 5pm, followed by commentary of Kildare v Mayo at 7pm. Both games will be screened on Sky Sports.

Earlier on Saturday, surprise round-two winners Leitrim welcome Monaghan to Carrick-on-Shannon for a 2.30pm throw-in and Armagh host Clare in the Athletic Grounds at 3pm.

All games will be decided on the day with two periods of extra-time and free-taking competitions if necessary. 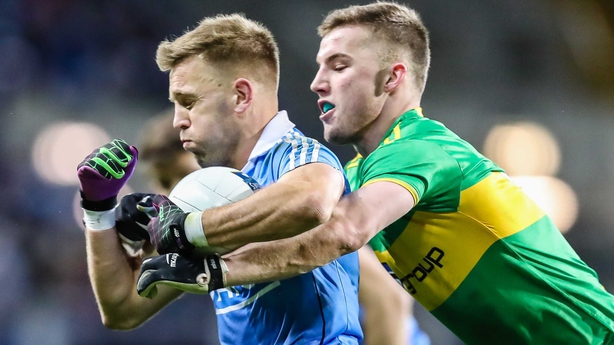 The GAA have also revealed provisional fixture details of the 'Super 8s' round-robin series that will replace the All-Ireland quarter-finals.

Leinster and All-Ireland champions Dublin's first game will be against Ulster kingpins Donegal at Croke Park on the weekend of 14/15 July. The other teams in Group 2 will be provincial runners-up Cork and Roscommon or the teams that beat them in round four of the qualifiers.

Munster winners Kerry take on Connacht champions Galway at Croke Park on the same weekend, with Fermanagh and Laois or their conquerors facing off in the other Group 1 fixture.

Meanwhile, following the Kildare hulers' victory in the Christy Ring Cup final on Saturday, they will play Antrim in a promotion/relegation decider for a place in next year's Joe McDonagh Cup.

That game throws in at the Athletic Grounds at 12.45pm, to be followed by the Armagh-Clare football clash.