Mayo have issues in their full-back line and will struggle in the business end of the Championship with injuries to key personnel, according to The Sunday Game panellists Ciarán Whelan and Tomás Ó Sé.

Stephen Rochford’s side came from behind with a late scoring spree to see off Tipperary in round two of the qualifiers and are now just one game away from the Super 8s.

The game was marred however from a Mayo perspective by a serious shoulder injury to Seamus O’Shea. It follows on from fellow midfielder Tom Parsons’ dislocated knee in the quarter-final defeat to Galway, meaning Mayo are now without the centrefield partnership that started the last two All-Ireland finals. 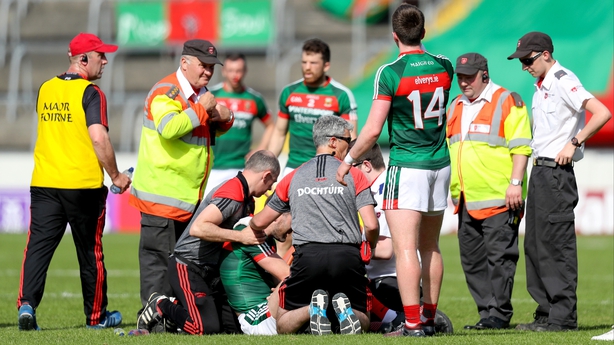 Mayo trailed 1-07 to 0-08 at the interval, with Michael Quinlivan flicking home a super goal after 10 minutes for the home side in Thurles and Whelan says the men from the west were badly exposed at the back yet again.

"They had Paddy Durcan and Ger Cafferky in the full-back line and Tipperary tried to expose that," he said.

"That has been their Achilles’ heel. Paddy Durcan does more damage up the other end of the field.

"Tipperary dominated the game for three quarters of it. They got out with a win and are one step closer to the Super 8s, but there is still a bit of work to do defensively."

"To get through the Super 8s, with three games in four weeks, you are going to need depth and Mayo are without key players"

Five-time All-Ireland winner Ó Sé says Tipperary were "fully in control" before a fortuitous goal from James Durcan got Mayo back in the game and they took over.

"I’m not sold on them yet, but they are one game away from the Super 8s...you can’t write them off."

Whelan says ultimately the nature of their injury list could prove to be their downfall in the latter stages of the Championship.

"To get through the Super 8s, with three games in four weeks, you are going to need depth and Mayo are without key players." 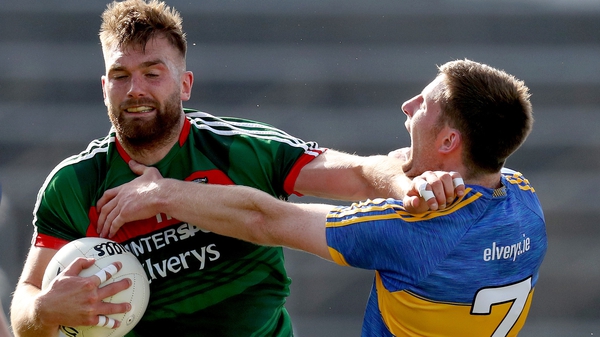