Ronan McCarthy believes Cork are gaining momentum at the perfect time but insisted playing their Munster SFC final against Kerry at Páirc Uí Chaiomh offers the Rebels "no advantage".

McCarthy took the reins from Peadar Healy, who stepped away after last August's  0-27 to 2-20 Round 4A qualifier loss to Mayo.

The two-time Munster-winning corner-back said he's brought the team back to basics as they look to launch as summer charge, and though he talked up the ability in the camp, he said playing on home soil will not be a factor this Saturday night.

"Obviously we haven't had huge access to it in the short period of time it's been open. I would feel there's no advantage there really. That's a thing we'll gain over time. I don't think that's a factor.

"We've a lot of attacking talent in the team. I don't know if it would suit us to be ultra defensive. That being said, you also have to be solid and well set up, and to be disciplined in our defending and our tackling. Our idea is that we'll marry the two.

"We have to go at the game with a purpose. Let's try and take the game to Kerry and let's see if we can find cracks in their armoury." 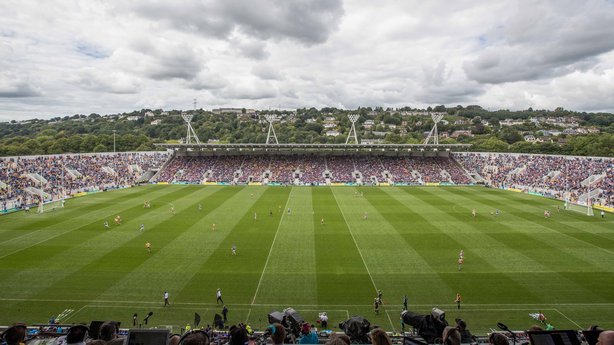 Cork preserved their Allianz Football League Division 2 status in the spring but it was an up-and-down campaign.

Understandably, it took time for the group to take the new manager's ideas ion board but McCarthy has seen a steady upward curve in the last three months, which culminated in the impressive Munster semi-final slaying of Tipperary.

"We feel the team are making good progress. We'd a mixed league campaign but I think from the Roscommon game - in the final round of the league where we played quite well above in Hyde Park - to the Tipp game, the team has started to gain a bit of momentum.

"There was a sense of relief after the Tipp game that all the work had gone in this year and the previous years, there's no guarantees that it comes out on the day of the Championship, but it did on this occasion.

"There was intent, aggression and drive in the way they played. Even if we'd lost I think there was a very clear message about what we want from the group and how we want them to play."

A win against the Kingdom would be a serious statement of intent. It's eight years since they lifted Sam Maguire, and though the Rebels still look a way from hitting those heights again, McCarthy has massive faith in his men.

"Our idea as a management team was to simplify things and get back to basics. We've given a very consistent message to the team about how we want them to play.

"We believe there's real quality in the group and real ability."