Few would have predicted that 2016 All-Ireland champions Tipperary would fail to win any of their four Munster matches and depart the All-Ireland race in the second week in June.

Michael Ryan’s side looked set for a badly needed win against Clare at Semple Stadium, before the Banner rallied late to snatch victory.

Following on from a dismal opening day defeat to Limerick and draws with Cork and Waterford, it will see the Premier players and management reduced to the role of spectators for the remainder of the season.

Speaking on The Sunday Game, Duignan says it isn’t all doom and gloom for Tipp.

"After everything is said and done, they drew two matches and lost one match by two points that if Jake Morris had scored that point [against Clare] they would have won," he said.

"So they are not that far away. But that’s the new structure and that was the implication for any team."

Former Tipperary goalkeeper and two-time All-Ireland winner Cummins says the decision to leave some of the more established players on the bench for the opening defeat to Limerick was a mistake and says the team and supporters never really recovered.

Where did it all go wrong for Tipp? #RTEgaa pic.twitter.com/GFLSgkczns

"The first game was the one for me. We lost momentum," he told viewers. "Against Clare, there was just 20,000 at it. I would expect 30, 35,000 people there. I remember below in Kilkenny in 2013 when we came out onto the field, the crowd was like Galatasaray. I expected a little bit more on that side.

"Unfortunately a few breaks along the way haven’t gone Tipperary’s way. Certainly that opening start put that bit of a dampener and we were playing catch up, not only in matches, but with momentum all through it then." 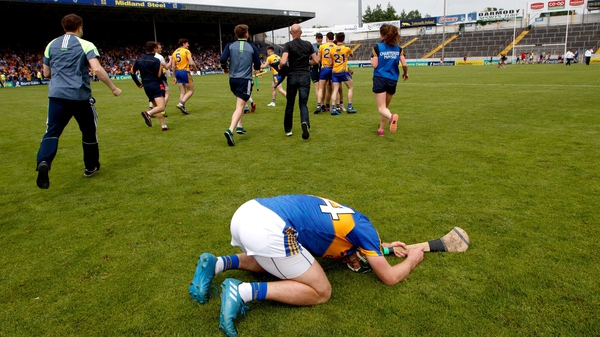