Wicklow defeated Offaly 1-20 to 1-15 after extra-time in their Leinster first-round tie at O’Moore Park in Portlaoise on Sunday.

And now the 19-year-old Baltinglass clubman is set to come up against the best team and goalkeeper in the game.

Wicklow return to Portlaoise in a fortnight’s time to face the reigning All-Ireland champions and Stephen Cluxton on Sunday 27 May, and Jackson is excited by the challenge.

"I wouldn’t really know many of them. They would be at a bit of a higher standard than myself at the minute.

"Look, I am going to go out, give it all I can and that’s all you can do. Hope for the best.

"It’s going to be a great game. We are just going to go out and express ourselves. That’s all we can do and see from there." 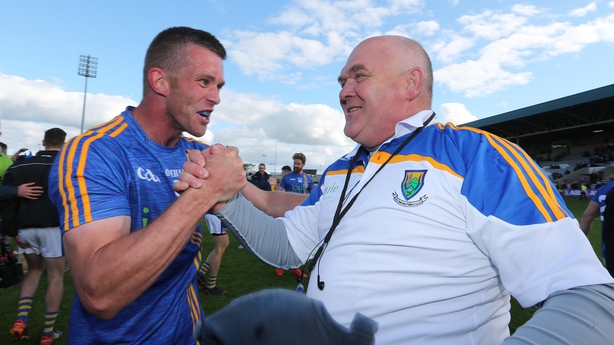 Jackson gave an inspired display against Offaly where he top scored with seven points and also performed heroics in defence - all on his Championship debut.

As well as his placed ball efforts, he saved a second-half penalty from Offaly full-forward Nigel Dunne to help force extra-time.

"I would normally kick the frees. But to be honest, when I kick them I don’t know what the score is. I just try and kick it and that’s it," said Jackson.

"I am still in awe, it was a great game, my heart is still pounding here.

"The spirit is good in the camp but against Offaly just something completely clicked.

"Hopefully this will bring out more Wicklow supporters from now on. It’s great. That’s what all the fans need. It’s a big boost to the county."