Limerick and Kilkenny are through to the Allianz Hurling League semi-finals and now attention turns to the other two quarter-finals, which were postponed last Sunday.

Wexford surprised Galway to clinch promotion from 1B last year but the Tribesmen had their revenge in a comprehensive provincial final triumph.

Wexford won three of their five games back in the top tier and a trophy would be a welcome boost to Davy Fitzgerald's rejuvenation project.

Lee Chin and Jack Guiney should be back after being rested against Kilkenny two weeks ago.

For the second year in succession, Galway find themselves in the running to win the league title despite missing out on promotion.

The defending champions should have Joe Canning back after he made a substitute appearance in the defeat to Limerick.

The victors will play Kilkenny in the semi-final on Saturday week, 31 March. 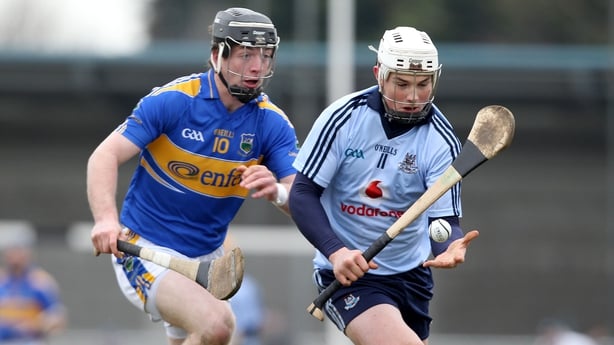 The expected promotion push never materialised and, despite home advantage, it would be a big shock if they were to trouble the 1A table-toppers.

Tipperary won by 22 (Championship) and 16 points (League) in the teams' two meetings last year and Dublin would probably be happy with a single-figure margin.

The winners will play Limerick in the semi-final on Saturday week. 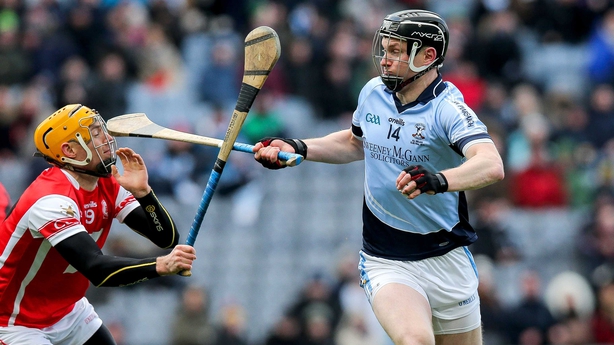 Another exciting club final is in prospect after the winners of the last two years drew on St Patrick's Day, 1-22 to 2-19.

Cuala are aiming to become the first club since Portumna in 2008-9 and just the fourth ever to win back-to-back All-Irelands.

"It was a gripping contest," he said. "I think Cuala got out of jail. Shane Dowling, who had a great game for Na Piarsaigh, missed a free to put them four up, and left Cuala in the game.

"Con O’Callaghan and Mark Schutte were well held, which you don’t normally see. Na Piarsaigh have Conor Boylan and Thomas Grimes back from suspension.

"I just think they just have a bit more a scoring threat, Na Piarsaigh to edge it."

The camogie finals were re-scheduled for last weekend in Croke Park but fell victim to the weather for the second time.

Both games will be steamed on aib.ie/GAA, facebook.com/AIBGAA and on their YouTube channel.

The senior decider is a repeat of last year’s final, with Sarsfields seeking revenge after being turned over and Slaughtneil aiming to prove they are no flash in the pan having become the first Derry side to annex the Senior Club Championship title.

It is clear that there is little between the sides and that the game will hinge on the finest of margins. If the weather gods co-operate, that should result in a feast of entertainment for those in attendance.

This way ???? for all of the ticket information for Saturday's @AIB_GAA All-Ireland Senior & Intermediate Club Championships Final: https://t.co/vI7i5BaaRm #TheToughest pic.twitter.com/6gVn9pp9Oy

Johnstownbridge’s credentials for Intermediate camogie have been illustrated in no uncertain terms given that last year’s All-Ireland finalists are listed among their victims in their maiden campaign.

They accounted for the champions Myshall of Carlow in the Leinster final by four points and booked their Finals berth by getting the better of the 2017 runners-up Eglish of Tyrone in the All-Ireland semi-final.

Athenry conceded only two points to former champions Lismore of Waterford in their All-Ireland semi-final.

Once again, conditions were difficult and they demonstrated their ability to get down into the trenches and chisel out the win.

What a memorable weekend of #AllianzLeagues hurling that was! GAANOW have the weekend round-up for you here! pic.twitter.com/CYvDhGFQ0a

Westmeath won all five divisional games, including a first round win over Carlow in Netwatch Cullen Park in late January.

It was level at 0-08 each at half-time before Carlow pulled two points clear. However, Westmeath pulled away in the final ten minutes to win by 0-19 to 0-15.

Carlow lost the last two 2A finals, going down to Antrim last year and to Westmeath in 2016.

Tyrone also had six points but Louth took their place in the final, having beaten the Ulster men in a Round 2 head-to-head contest.

Louth and Warwickshire met in Darver in Round 3 on February 18 when they drew 1-16 each.

Louth led by two points at half-time, an advantage they also took into the closing minutes. Warwickshire, down to 13 men at that stage, staged a great recovery and pointed frees by Niall McKenna and Pat Hoban earned them a draw.

Neil Arthur is Louth’s top scorer in the league on 7-41, while Niall McKenna is Warwickshire’s sharp-shooter on 2-33.

Highlights of the weekend's action on Allianz League Sunday on RTÉ2 at 2130.

RADIO
Wexford v Galway and Cuala v Na Piarsaigh live on Saturday Sport from 1400
Updates on all the day’s games on Sunday Sport, RTÉ Radio 1 from 1400

All live and deferred games on GAAGO

WEATHER
It looks like there will be a lot of dry weather on Sunday with sunny periods and just a few showers. Temperatures will be around 10 degrees. For more go to met.ie