Nemo Rangers manager Larry Kavanagh was part of the last Nemo team to win an All-Ireland title - the 2003 victory over Crossmolina.

"We had to fight hard for that," he told RTÉ Sport, reflecting on the win that brought him a second Celtic cross.

"We got there in 2001 and 2002 and lost. How we came back for a third one is a testament to Billy Morgan. We came back and won it and that's our legacy.

"The only victory we had is 15 years ago so the memory is fading unfortunately.

"We haven't put one with it since. In 2008 we got there (to the final) against Vincent's and got beaten. (Diarmuid) Connolly was just coming of age and got the goal."

Now he wants his players to build their own legacy when they meet Corofin in the senior football final on St Patrick's Day.

"We've been telling lads it could be another 10 years before they get there again," he said.

"That could be a fella's whole career. This is once in a lifetime." 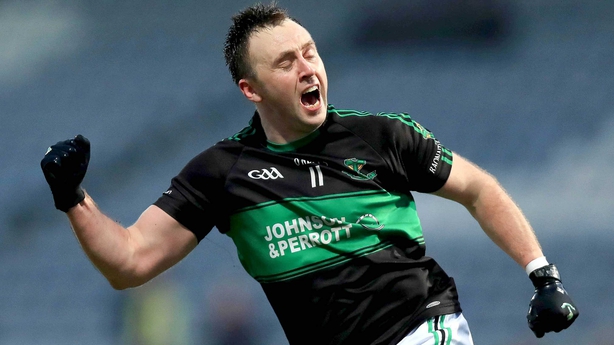 Kavanagh is well aware that Corofin will pose a huge challenge but is confident that the Cork champions can write a new chapter in their long story of success.

They earned their place in the decider with an epic extra-time win over Slaughtneil last month.

"They won it in 2015, drew the Connacht semi-final and final so they're a hardy bunch," he said of their Galway opponents. "You're not going to put them away easily.

"It's an All-Ireland final. You know you're going to get a tough game so hopefully we'll be ready.

"I know fellas will be thinking 'who does he think he is, they're cocky aul shaggers' but I always think Nemo, if we get ourselves right, we can beat anyone in the country.

"If we can get it right on the day it's another one into the history books and puts us at number eight."

Listen to the full interview with Pat McAuliffe here: