Cork champions Nemo Rangers are through to the All-Ireland club SFC final following an extra-time win over Slaughtneil of Derry in O'Moore Park this afternoon.

In a gripping contest, it took extra time to finally separate them as Nemo recovered from a sluggish first half to set up a St Patrick’s Day final against Corofin.

More than half the Slaughtneil team played in the All-Ireland Club SHC semi-final two weeks ago and while it was heartbreak on that occasion, they dusted themselves and went again.

Shane McGuigan hit two lovely points off his left boot early on and points from Brian Cassidy and Chris Bradley had Slaughtneil 0-4 to 0-0 up after 17 minutes. 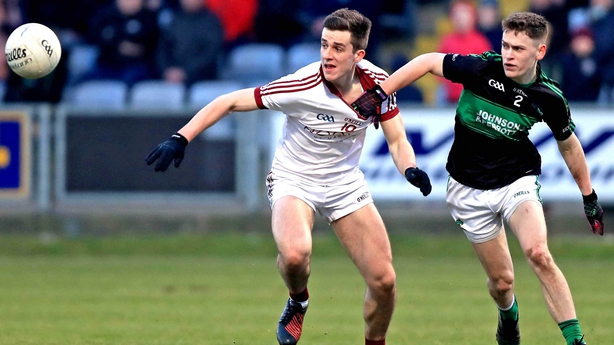 Their patient and deliberate build-up play was frustrating the life out of Nemo and it was 20 minutes before the Cork side got their first score from a Luke Connolly free.

Nemo added the next two points - from Kerrigan and Kerry legend Tomas O Se - but Slaughtneil didn’t wobble and hit three in a row in response - two from Chris Bradley and one from Barry Cassidy. Nemo did get another free before half time but Slaughtneil led 0-7 to 0-4 at the break.

The tempo upped considerably on the restart. While another Bradley free put Slaughtneil four up, Nemo suddenly caught fire. With Kerrigan growing into the game and O Se proving more influential by the minute, they began to take over.

Conor Horgan got the comeback underway, then O Se swung over one. An O’Driscoll free and a Paul Kerrigan effort had the sides level by the 39th minute and when Jack Horgan powered forward from midfield  it put Nemo in the lead for the first time.

Their advantage was out to four when Luke Connolly capitalised on a blunder in the Slaughtneil square to get the game’s first goal.

Slaughtneil came roaring back, however, with two monstrous points from Chris Bradley stopping the rot and they regained the lead when Cormac O’Doherty got a goal after a high ball into the square wasn’t dealt with. 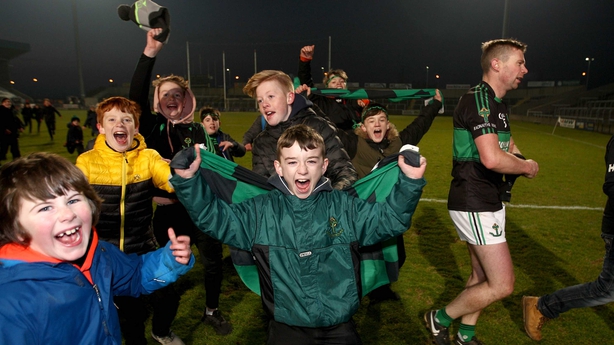 Yet Barry O’Driscoll responded with two frees to swing the game back in Nemo’s favour. Se McGuigan got the sides level again with a minute of normal time remaining but Nemo looked to have won it when Jack Donovan  put them back in the lead.

There was still time for Slaughtneil and a free from Bradley with the last kick of the game sent it to extra time.

With the floodlights on it was all Nemo as they hit seven points in a devastating first period to put daylight between the sides and a Connolly goal in the 80th minute rounded off a satisfying day for the storied Cork club.