Brave Monaghan repelled a courageous comeback and a numerical disadvantage in Inniskeen to make it back to back wins in the Allianz football league.

Malachy O'Rourke's side led the league champions by seven in the first-half and by six at half-time though were made to fight all the way for the win.

The Munster champions cut that gap to just a point twice in the closing stages while Barry Kerr was sent-off for Monaghan, but were unable to get back level terms.

Late Monaghan points from Neil McAdam and veteran talisman Conor McManus proved the insurance scores as they came out on top in the rescheduled Round 3 fixture.

McManus finished with 1-03, including a first-half penalty conversion, while Jack McCarron contributed 0-04 in an important win that keeps alives their hopes of a title challenge.

Next up for Monaghan is a home clash with Tyrone while Kerry will seek to bounce back against high flying Galway.

Monaghan just about deserved the win on the balance of playing, dominating the entire first-half and coming good late on when the need was greatest.

They started without Conor McCarthy who was rested after firing 1-06 for UCD in yesterday's Sigerson Cup final win.

The Scotstown man was replaced by Thomas Kerr in one of six alterations to the official Monaghan lineup.

The intervarsity final also affected Kerry as Barry O'Sullivan and Jack Barry, named at midfield, were unable to play after helping UCD to victory.

Monaghan bossed Kerry in most positions initially and put four points on the board, including two from McCarron, before the visitors managed to register a score.

The Farney enjoyed a double scores 0-08 to 0-04 advantage when they grabbed their 21st minute goal through veteran McManus.

Kerry fans were frustrated that goalkeeper Shane Murphy was adjudged to have fouled Niall Kearns who was set free by a sumptuous McCarron pass and McManus slotted the penalty.

The Kingdom scored just three first-half points from play in the first-half and their attacks consistently petered out around 30 metres from the Monaghan goal.

The Farney men led 1-09 to 0-06 at half-time and Kerry, badly struggling in attack, responded by introducing Clifford for the ineffectual Jack Savage.

The 19-year-old took just six minutes to grab a score when he converted a free after Paul Murphy was hauled down, reducing Kerry's deficit to five.

The Kingdom were much improved in the third quarter and got the deficit down to three with 15 minutes to go, 1-11 to 0-11. 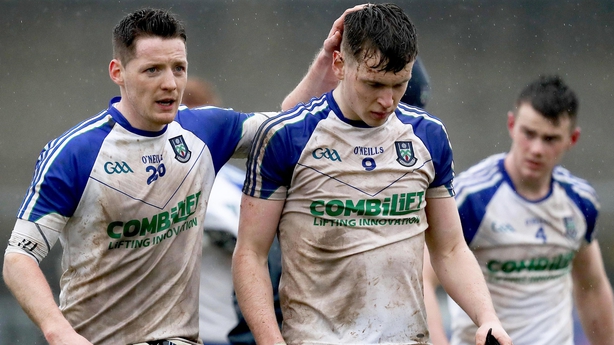 Clifford's first from play then left just two in it as Monaghan were reduced to scraps at the other end of the field.

O'Shea's sixth converted placed ball of the afternoon cut Monaghan's lead to a solitary point and a one-point margin separated them twice in the closing stages.

Monaghan were down to 14 at that stage after Barry Kerr's 62nd minute dismissal though impressively held out to claim a vital win.

McAdam's 69th minute point and one from McManus deep into injury-time ultimately hauled the Ulster outfit over the winning line. 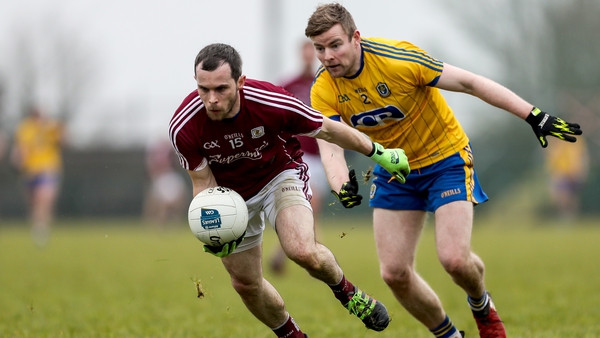