Diarmuid Murtagh kicked the winner two minutes into added-time and Roscommon scored the last three points of the game to deny Galway three FBD League titles in a row at Dr Hyde Park.

Dessie Conneely looked to have given Galway victory when he goaled eight minutes from time, but Murtagh and Niall Daly found the target at the death to give Roscommon a first Connacht League crown since 2015.

Frankie Burke hit two goals for Galway in the first-half as they recovered from a slow start, but Roscommon were very bright after the break when Enda Smith hit the net as Kevin McStay’s troops finished strongly to win.

A couple of poor wides from Johnny Heaney and Barry McHugh, and a bright start from Roscommon meant the home side were well in control and held a 0-4 to 0-0 lead after nine minutes at Dr Hyde Park.

Donie Smith got Roscommon off the mark inside the first minute after his brother, Enda, laid on the final pass, and six minutes later Cathal Cregg began his assault on the Galway defence with a brilliant point on the turn.

Ross Timothy was next to score as he broke well out of defence, before Cathal Cregg curled over a wonderful point from the left for Kevin McStay’s side.

Galway finally got up and running in the 12th minute when Sean Armstrong’s shot on the turn crept inside the right post, and that score triggered a powerful 15 minutes from Kevin Walsh’s side. Padraic Cunningham and Barry McHugh trimmed the gap to a point, but the game turned after 19 minutes when Burke bagged his first goal. It came from a shot kickout from James Featherston, which failed to find its intended targeted of Sean McDermott, which left the Annaghdown man with a shot to an unguarded net as Galway took the lead.

In his first start since his return to the Roscommon squad, Cathal Cregg looked sharp and he drilled over his third point in reply, which was added to by a Ciaráin Murtagh free to level matters at 0-6 to 1-3.

Burke benefited from a wonderful arrowed pass from Barry McHugh nine minutes from time to strike the net for a second time, but four minutes from the interval the bouncing ball deceived Evan Wynne and Enda Smith left Cathal Cregg with an easy flick to the net.

That late goal meant Galway only led 2-4 to 1-6 at half-time, and after they kicked three of the first four points of the second-half Roscommon had worked their way back into the lead by the 43rd minute.

Barry McHugh and Armstrong points gave Galway the lead once more before Cathal Cregg brought his tally to 1-4 in the 46th minute to level matters once again.

Two points in a minutes from Enda and Donie Smith were significant in the 50th minute as Roscommon gained control, and Enda Smith’s goal looked to be the winner eight minutes later.

But Robert Finnerty send Conneely in for the levelling goal eight minutes from the end, only for Roscommon to kick three in a row for victory. 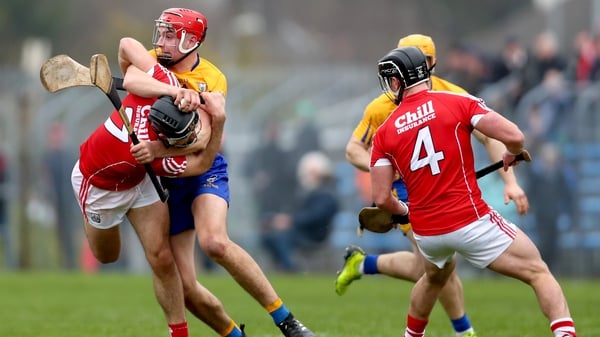