Corofin qualified for their fourth Connacht SFC club final in a row when All-Star hurling full-back Daithi Burke struck the decisive score of this entertaining semi-final at Tuam Stadium.

Burke blasted to the net 20 seconds into the second-period of extra-time and reigning champions Corofin never looked back after that.

They will now meet Castlebar Mitchels in a repeat of the 2015 final which was won by the Mayo champions.

St Brigid’s needed to use the wind in the opening half to build a lead but while they twice pulled away, Corofin hailed them back and then went in leading by 1-05 to 0-06 at the interval.

Corofin used all their experience and never panicked when the Roscommon champions were on top and they laid the foundation for victory when they turned around leading by two at the interval.

Frankie Dolan’s St Brigid’s enjoyed a perfect start with early points from Senan Kilbride and Padraig Kelly, but Corofin did not panic and Ian Burke and Gary Sice had them level by the ninth minute.

St Brigid’s, seeking revenge for last year’s 15 point loss to Corofin in the Connacht final, enjoyed a great spell and deservedly opened up a 0-05 to 0-02 after 20 minutes.

Cathal McHugh started that surge with another Kilbride free and a second from play by Kelly giving them a deserved lead.

But Corofin hit back and after Kieran Molloy and Kilbride struck points, the Galway champions produced a superb goal from Ian Burke to tie the match.

They then opened up a 1-05 to 0-06 interval lead when Jason Leonard converted a free and then from play to lead by two with wind advantage to come.

They Corofin pushed that lead out to four in the opening two minutes of the second-half with points from Colin Brady and Leonard.

And when Kilbride pulled back a point for St Brigid’s, Sice tacked on two in a row for Corofin to lead by 1-09 to 0-07 after 37 minutes.

St Brigid’s refused to give up and points from Cathal McHugh and Kilbride gave them hope and when Ian Burke and Michael Farragher responded for Corofin, a tight finish was guaranteed when McHugh found the net after a good move to leave it 1-11 to 1-09 with 13 minutes left.

McHugh cut the gap to a point but after Michael Farragher pointed for Corofin, McHugh missed a couple of frees for St Brigid’s but after cutting the margin to the minimum, Kilbride kept his nerve to land an equaliser five minutes into stoppage time from 35 metres to send the game into extra-time.

Corofin led by 1-15 to 1-14 at the interval in extra-time despite playing against the wind.

Padraig Kelly and Jason Leonard swapped points and then St Brigid’s goalkeeper Shane Mannion and Sice did likewise before midfielder Ronan Steede edged Corofin in front at the break with a superb point from the right.

But the key moment of the game came just 20 seconds after the restart when Burke pounced for the decisive goal after being set up by his cousin Ian and Corofin never looked back after that as they set up a repeat of the 2015 final against Castlebar Mitchels . 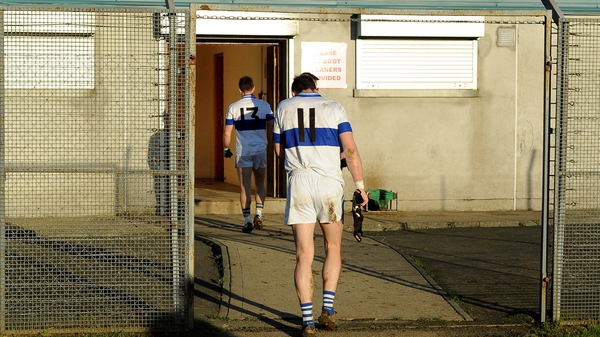