GAA Director General Paraic Duffy has suggested that the new April black-out for inter-county activity has the potential to make a 'huge difference' for club football and hurling.

Duffy was speaking at the announcement of the GAA's Masters Fixtures Plan 2018, which includes a number of firsts for the Association.

In line with a general tightening of the inter-county calendar, to free up more time for club activity, there will be just two county games played in April.

These will be the Allianz football league Division 1 and 2 finals, on April 1, with the rest of the month left free for club games, something that the Club Players Association had also called for.

Compared to 2017, it represents a drop from 63 national inter-county games to just two in the month of April.

New ground will also be broken with a couple of major games on Saturday nights; the Allianz hurling league final, on March 24, and the Munster football final on June 25.

The Allianz leagues will begin on the weekend of January 28 with both football and hurling games taking place, the first of four dual weekends under the new format.

Duffy, who will step down as Director General in early 2018, is confident that the arrangement will greatly enhance the lot of club players, who will now have all of April and much of the peak summer months for games.

"The weekends are there exclusively for clubs so it should make a huge difference."

"Personally, I think you'll find that not many counties will play club championship matches in April," said Duffy. "If you look at it another way, by the 15th of July there will be four teams left in the hurling championship. I think most teams will say that they'll play their club championships after that.

"In football, by the 8th of July, there will be eight teams left so I think you're going to see championships being played in July, August and September.

"In April, I think you're going to have a lot of league games in counties, giving a regular series of games. The real issue is, will managers let county players play? And that's something that every county has to work out for themselves.

"We can't enforce that. That will probably be an issue. But the weekends are there exclusively for clubs so it should make a huge difference."

There is one proviso regarding the hurling league decider which, if Kilkenny and Tipperary qualify, will be played on a Sunday, due to an existing arrangement between the two counties.

In total, two weeks have been clawed back from the Allianz league schedule while there is a notable condensing of Championship fixtures in the summer months.

Across the weekend of June 23/24, for example, the Munster, Ulster and Leinster football finals will all be played while the Leinster and Munster hurling deciders will go ahead on the same day on July 1. 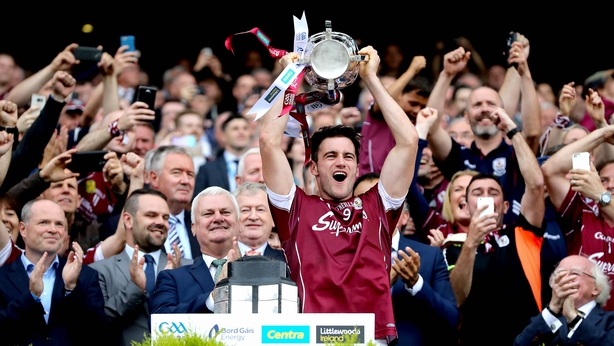 The All-Ireland hurling final will be played on August 19 with the football showpiece taking place on September 2.

Critics of the new arrangements may question the decision to play a major hurling final under lights.

There will also be the sense of being bombarded by GAA activity on certain weekends through the year, particularly during the league.

But the bottom line figures for club activity make for positive reading with 24 'club only' weekends in 2018, compared to 15 previously. The number of 'county weekends', in turn, will drop from 35 under the present format to 26 next year.

The introduction of the new round-robin formats in the hurling and football inter-county Championships have also been accounted for the in the plan.