Kerry will hope to close the gap to Dublin in 2018 and they will attempt do so wearing jerseys designed by four-time All-Ireland winner Paul Galvin.

Eamonn Fitzmaurice’s side will wear a retro-style strip next season, with a round neck design, a white shoulder stripe and white trim.

Inspired by the jersey worn by the 1985 All-Ireland winning side, the Kerry County Board says the Kingdom has achieved what it set out for with the design by Galvin and kit manufacturer O’Neills .

The 2009 Footballer of the Year hung up his inter-county boots for the second time in 2015, and earlier this month launched his latest clothes collection for Dunnes Stores.

Galvin was approached by the County Board and has spent a number of months working on the design.

"The new design is inclusive, rich in storytelling and strong in identity," he says.

"Inspired by the iconic 1985 Kerry jersey, the deep green and gold base with white trims was essential to re-connecting with Kerry’s identity while also helping to implement part of the County Board’s vision for the future in addressing the issue of number visibility for supporters.

"We believe the Kerry Jersey to be an integral part of our proud football history and tradition which inherently reflects who we are as a people and what we stand for," County Board Secretary Tim Murphy said.

"I am happy that this has been achieved." 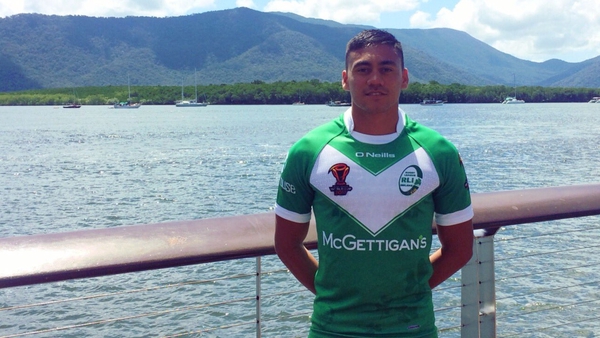