Live blog on RTÉ.ie and the RTÉ News Now App from 1300 on Sunday.

Updates on all the day's action on Sunday Sport on RTÉ Radio 1 from 1400.

Bright and sunny spells are forecast for Sunday with average temperatures around 12 degrees.

For more info go to met.ie 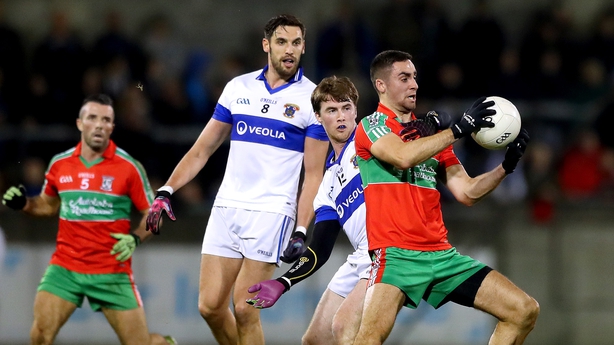 Bank Holiday Monday will see the latest chapter in the St Vincent’s and Ballymun Kickhams rivalry and a chance to see some of Jim Gavin’s Dublin cavalry square off at club level.

The Marino club will be bidding for a record 29th title and a fourth in five years. Standing in their way is a Ballymun side in search of a fourth county success, their most recent coming in 2012.

Vincent’s required a replay to overcome their opponents the last time they met at this stage four years ago, while last year’s semi-final was another gripping contest.

The sides were level on nine occasions before substitute Albert Martin was the unlikely hero with the match-winning point with just three minutes left on the clock. 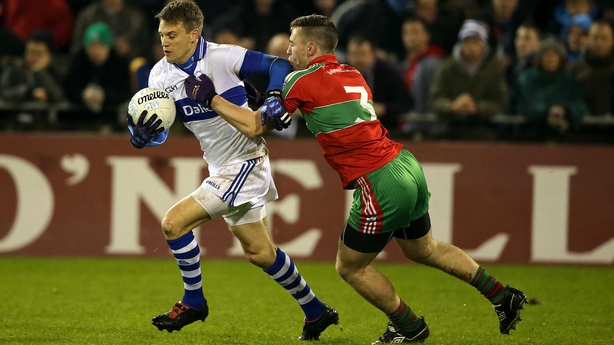 Curbing Connolly’s influence will be a high priority for Kickham’s, with the task falling to John Small in last year’s clash, though Shane Carthy, Brendan Egan and Nathan Mullins, son of manager Brian, demonstrated their potency in front of goals in the semi-final win over St Judes.

Former Mayo player Enda Varley continues to shine in the colours of blue and white and will occupy even the tightest-marking defender.

On the other side, the Ballymun forward division has shown itself not to be overly reliant on Rock, with Jason Whelan and Paddy Small impressing on their march to the final.

There is no shortage of quality action elsewhere in Leinster. 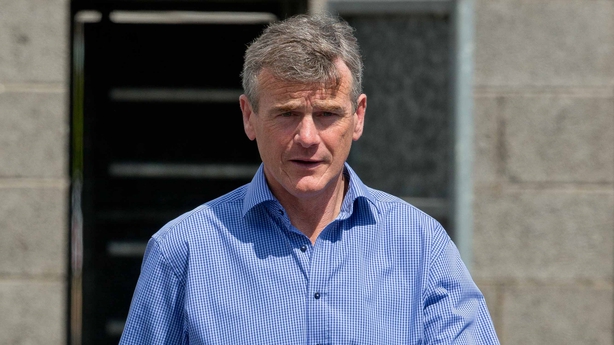 In Meath, Summerhill appear in a county final for the third time in seven years as they look to dethrone holders Simonstown Gaels.

With Colm O’Rourke in charge, Simonstown will not be giving up their first ever county title lightly and are expected to face a closer examination than last year’s nine-point win over Donaghmore/Ashbourne.

In neighbouring Westmeath, St Loman’s and Tyrrellspass meet for the second successive year in the final.

Shane Dempsey was the key figure last year as St Loman’s made it back-to-back titles, his tally of 0-07 helping the holders to a six-point victory 12 months ago.

Motivation will not be in short supply for the underdogs. In the 10 years since Tyrrellspass last lifted the cup, they have lost two finals, on both occasions to Sunday's opponents.

St Martin’s and Rapparees-Starlights cross paths in Wexford for the right to succeed Gusserane O’Rahilly’s as county kingpins.

St Martin’s only county final success came four years, but have the double firmly in their sights after ending Oulart-the-Ballagh’s dominance in the hurling decider at the weekend.

It is a decade since Rapparees’ last appearance in the final and 13 years since their last win.

The first round of the Leinster club football championship also gets underway.

The Munster club champions of the last two season meet in a mouth-watering encounter in Clonmel. 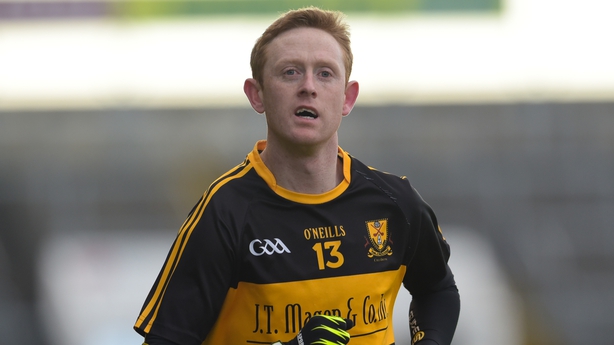 All-Ireland champions Dr Crokes have little time to celebrate last weekend’s county final win over South Kerry ahead of what should be a formidable test from Clonmel Commercials.

Colm Cooper could well come back into the reckoning for Crokes. The five-time All-Ireland winner was relegated to the bench before throw-in due to a hamstring niggle, though was introduced in the second half.

In the Tipperary final, Commericals quashed Killenaule’s hopes of a first ever county title, with late goals from substitute Richie Gunne and Jamie Peters sealing victory.

Michel Quinlivan provides the star quality in attack, but whether there is enough quality throughout to end Crokes’ season remains to be seen. 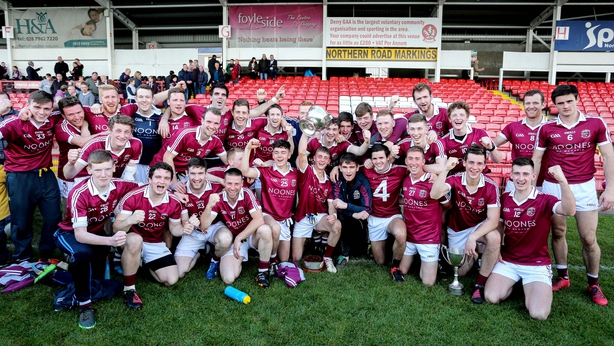 Slaughtneil will be hoping to go one step better than last year where they came up short against Dr Crokes in Croke Park, but first up is another tilt at a provincial crown.

Fresh from completing the county double last weekend after the hurlers eased past Ballygalget, it’s back to focusing on the big ball.

There were joyous scenes around Armagh town as Armagh Harps claimed a first county title in 26 years, but it's back to business at the weekend against Fermanagh champions Derrygonnelly.

The following day Cavan Gaels entertain Antrim champions Lamh Dhearg at Kingspan Breffni, while the last-eight clash of Scotstown and Kilcar should be an intriguing affair.

Scotstown completed three-in-a-row in Monaghan, but were never really stretched by Magheracloone in a rather low key final.

Kilcar on the other hand emerged victorious in Donegal on a scoreline of 0-7 to 0-04 against Naohm Conaill to end a 24-year gap to their last title.

Captain Patrick McBrearty and Ryan McHugh are the star attractions, but can rely upon their siblings Stephen McBrearty and Mark McHugh to take the game to Scotstown.

There are two more hurling county finals down for decision on Sunday. 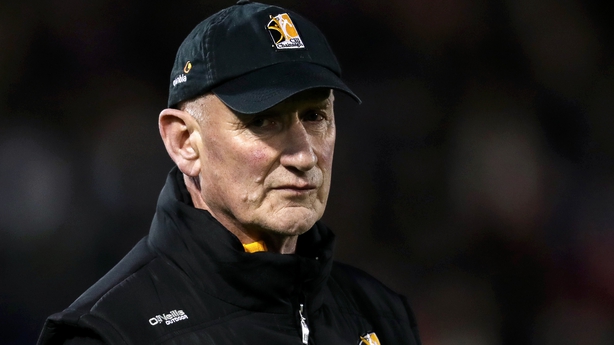 At Nowlan Park, Kilkenny manager Brian Cody is likely to be keeping a close eye on events at Nowlan Park where Dicksboro take on James Stephens.

It is 24 years since Dicksboro last lifted the Walsh Cup, but will enter the decider full of confidence after dumping out holders O'Loughlin Gaels in the semi-final.

Martin Gaffney’s early goal proved to be the difference between the sides, though James Stephens were arguably even more impressive in having 12 points to spare over Ballyhale Shamrocks.

Ballyhale led by six at the break, 1-8 to 0-5, but second-half goals from Eoin Larkin and a double from Tadhg Dwyer helped the city men into their first final since lifting the title back in 2011. 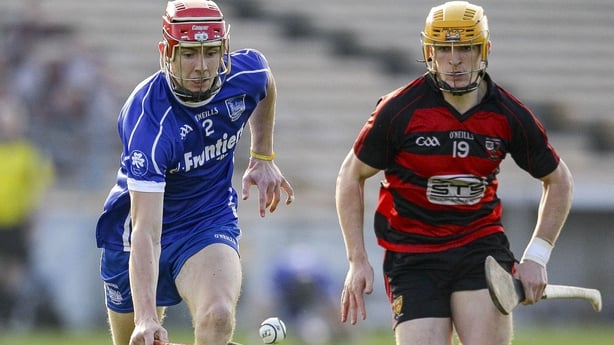 Walsh Park is the venue for Ballygunner's clash with Thurles Sarsfields in the Munster hurling quarter-final for the second year running.

Twelve months ago Pa Bourke struck deep into injury-time as the Tipperary champions edged past 0-17 to 0-16.

Ballygunner had fought back from four points in arrears to level the contest for the fourth occasion in additional time, but Bourke held his nerve from a ’65 to claim the winning score.

Their oppoents too are basking in the glory of four county title son the trot, easing past Borris-Ileigh with 16 points to spare.

The real goal is to land a Munster crown.

For all their dominance within the confines of Tipperary, a panel boasting the likes of Mickey Cahill, Ronan Maher, Paudie Maher, Pa Bourke and Lar Corbett has only won the O'Neill Cup on one occasion, five years ago at the expense of De La Salle.