Dublin recovered from a disastrous first half on their own kickouts to find the necessary cool and composure to land their third successive Sam Maguire.

The restart strategies on both sides had been an intriguing sub-plot in the lead up to the decider and raised some key questions.

Would Mayo look to go long to find their primary ball winners? How would Stephen Rochford set his team up against Stephen Cluxton’s restarts? Where would Aidan O'Shea play and how would it impact both sides?

Few could have foreseen Mayo turning over six of Dublin’s first-half kickouts, with three of those directly leading to Mayo scores. In all the possible storylines and predicted tactical analysis, this was not part of the script.

He went short to Jonny Cooper, with Jack McCaffrey and Cian O’Sullivan carrying the ball forward before Con O’Callaghan rocked the men from the west with the early goal.

It all seemed like business as usual for the reigning champions, but Mayo quickly decided to put their plan of action into play, to press Cluxton and force him long where possible, with Aidan O'Shea moving further upfield from his semi-final full-back berth.

The first opportunity came with Cluxton’s effort from the tee which resulted in a turnover, with Donal Vaughan racing through to kick over.

The next three went long; Con O’Callaghan and substitute Paul Flynn were found with ease, sandwiched between O’Shea hovering up around the middle.

Lee Keegan’s failure to convert from the 21-metre line was a huge let-off for Jim Gavin’s side. 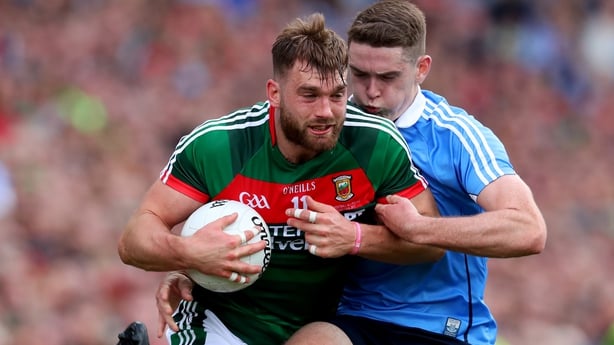 After ponderously surveying his options in the 20th minute, Cluxton again aimed for the midfield battleground, this time Tom Parsons got in on the turnover act. Moments later and Andy Moran had the umpires going for the white flag.

With David Clarke having less difficulty finding his men from the tee, the momentum seemed to be with Mayo. Just after the half-hour mark, O’Shea  claimed another Cluxton kick before Jason Doherty got off the mark.

Moments later and the Burrishoole man added a second that was again created from pressure applied on Cluxton’s restart.

The Parnell’s man had spotted James McCarthy is space, but by time the ball reached the midfielder, Vaughan and O’Shea converged to win the breaking ball, Doherty again finishing with aplomb.

When Parsons won Cluxton’s next effort under the Cusack Stand shortly before the break, it was time for a change in tack.

It proved to be Cluxton’s final long-range restart; more importantly, it was the final turnover Dublin conceded from the kicking tee.

The final two restarts in the half went short and while the stats would make for grim reading for a perfectionist like Cluxton – losing six of their own restarts – it at least settled the team into a clear pattern. Go short and build from deep.

All 11 of Cluxton’s kickouts after the interval went short, more often than not to a player in space in the corner back positions. Mick Fitzsimons, Jonny Cooper and Cian O’Sullivan often found themselves deep in the full-back line, with Cluxton orchestrating the player in possession where to go.

Mayo’s press, so resolute in the first half, began to drop ever so slightly in intensity as the game wore on, a natural consequence of the high-risk, high-energy strategy. 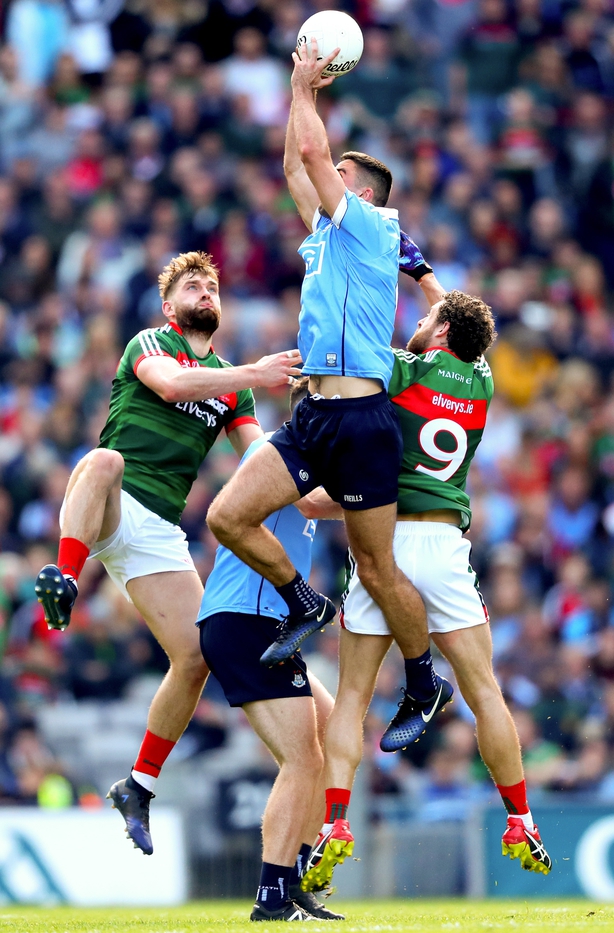 James McCarthy, who had played second fiddle along with Brian Fenton in the middle of the field, soon stamped his authority on the game.

His hard running and accurate distribution was a feature, along with his customary industry in defence. The two points capped off a stellar performance.

Not often drawn into many one-on-one saves these days, Cluxton was off his line to foil Doherty in the 43rd minute as he bore down on goal with the sides level.

Doherty may rue hitting the ball at a good height from a keeper’s perspective, but Cluxton was alert to the danger and cleverly narrowed the angle for the corner-forward.

Mayo can reflect on an impressive gameplan - few would have predicted that almost almost a quarter of their points from play would come directly from Dublin's kick-outs - but ultimately it wasn't enough.

In the end, it was Clarke's final restart, after Dean Rock's winning free, that proved decisive - Dublin winning possession and killing the clock and Mayo's dreams. 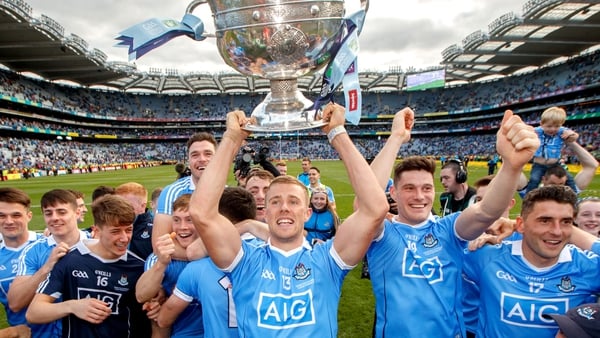