Dublin manager Jim Gavin has kept faith with the same team that defeated Tyrone for Sunday’s All-Ireland Football Final, meaning Diarmuid Connolly must settle for a place on the bench.

The St Vincent’s man made only a late cameo in the semi-final destruction of Tyrone and Gavin has resisted temptation to restore the gifted forward back into the starting lineup.

Niall Scully retains his wing-forward berth after he was a late replacement for Eric Lowndes for the semi-final, where he will be joined in the half-forward line by Ciaran Kilkenny and the highly-impressive Con O’Callaghan.

It means four-time All Star Paul Flynn, who kicked three points against the Red Hand after his introduction, is again among the replacements.

The defence has a very settled look to it. Cian O’Sullivan handed the number three jersey, though is likely to operate as a sweeper in front of the full-back line.

Philly McMahon and the ever-consistent Mick Fitzsimons man the corner back positions, while Jonny Cooper, named at wing-back, is likely to occupy a role closer to full-back.

The 2015 Footballer of the Year Jack McCaffrey and Ballymun Kickham’s John Small complete the half-back line, all overseen by the watchful eye of goalkeepr Stephen Cluxton.

Brian Fenton and James McCarthy will take up positions in the midfield engine room, while there is no shortage of scoring threat in a potent full-forward line featuring Paul Mannion, Paddy Andrews and Dean Rock.

Mayo have also named an unchanged team for the final. 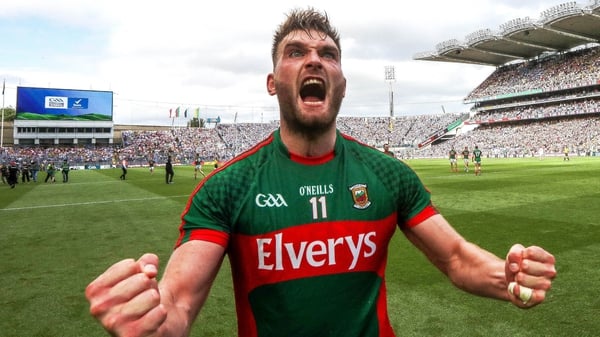