Kerry full-forward Kieran Donaghy says Mayo's decision to put Aidan O'Shea as his man marker wasn't a curve ball and revealed that he had prepared beforehand for such an eventuality.

Substitute Paddy Durcan kicked the 32nd and final score in a gripping semi-final deep into injury time, and in truth, both sides can feel a combination of relief, satisfaction and a tinge of regret that there will be a second outing next weekend.

The lead-in to today’s drawn All-Ireland football semi-final was dominated by the presence of Donaghy on the edge of the square and how Mayo would tackle the powerhouse forward.

Donal Vaughan was considered a likely candidate to pick up the Austin Stacks man, Seamus O’Shea was another viable option, while rumours were abound that Footballer of the Year Lee Keegan could be handed a similar role to his shepherding of Roscommon’s Enda Smith in the drawn quarter-final.

Eye brows were raised however when Stephen Rochford handed O'Shea a task that has proven a tall order for even some of the finest defenders of his generation, taking him away from his more natural environment further out the field.

The Breaffy man won the only aerial duel in the opening 35 minutes as the perceived bombardment failed to materialise, but his opponent was conspicuous throughout, gathering possession and creating chances – including Stephen O’Brien’s first-half goal – while also helping himself to a point.

Speaking post-match, Rochford insisted that the two-time All Star is one of the team’s best tacklers and brought a badly needed physical presence in light of Donaghy’s skillsets.

Speaking to The Marty Squad on RTÉ Radio One, the full-forward revealed that he had prepared for a number of eventualities which included going toe-to-toe with the versatile O’Shea. 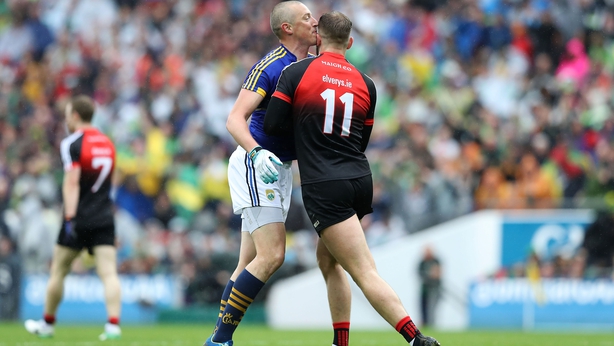 "I wasn’t, I was kind of ready for anything," he responded when asked if he was surprised by the identity of his man-marker.

"I had about five or six scenarios in my head for the start of the game, so no, I wasn’t [surprised]."

Mayo enjoyed the better start at Croke Park and the Munster champions could count themselves somewhat fortunate to be level at the interval as Eamonn Fitzmaurice's side reeled off the final four points before the break.

The four-time All-Ireland winner admitted his team struggled to match the pace and intensity of their opponents in the early stages after a comfortable run to the last four.

"We were hanging in there. It was strange, we thought we were doing okay, but I think they brought more of a fight in the first 15, 20 minutes," he said.

"We were reacting to it rather than talking at them early on.

"We never got much momentum in the second half either…It was tit-for-tat [on the scoreboard]". 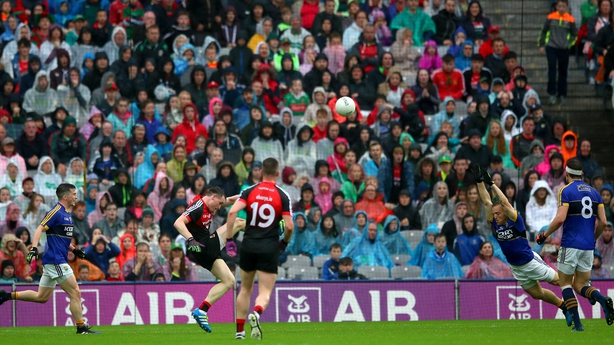 Reflecting on the game as a whole, the 34-year-old believes it matched some previous classics in spite of the heavy downpours on Jones’ Road.

"It was one of those epic games again, it ebbed and flowed.

"The conditions were tough for football, so credit must be given to both teams for putting out a game like that on a slick surface."

With the replay pencilled in for 3pm next Saturday, Donaghy is already eagerly looking forward to a second bite of the cherry.