In a repeat of the penultimate stage clash of 2014, the two sides meet at Croke Park for the right to face Dublin or Tyrone next month.

While Éamonn Fitzmaurice’s side have eased past Clare, Cork and Galway en route to reaching the last four, Mayo’s season had been stuttering along – twice taken to extra time in the qualifiers – before coming alive against Roscommon in their quarter-final replay.

Stephen Rochford’s side hit the hapless Rossies for 4-22 to reignite their All-Ireland aspirations and are now looking for to lower Kerry colours in the Championship for the first time in 21 years.

RTÉ football analyst Ó Sé was impressed by Mayo’s clinical counter-attack football, with runners from deep paving the way for much of the scoring damage, with defenders Donal Vaughan, Keith Higgins and Chris Barrett all getting on the scoresheet.

The five-time All-Ireland winner expects a similar tactic to be employed as Mayo look to unhinge a Kingdom rearguard that has creaked on occasions from direct runners.

"I’d be expecting a big improvement in the Kerry defence the next day."

"I think Kerry were opened up at the back a little bit too often [this year]. Cork and Galway didn’t take advantage of it," Ó Sé told RTÉ 2fm’s Game On programme.

"One of the days, some team will take advantage of it. To be fair to Éamonn Fitzmaurice and Kerry, they seem to get it right for the likes of Dublin and the bigger teams, so I’d be expecting a big improvement there the next day."

In a game that many predict will be nip-and-tuck, Mayo’s ability to find goals could be key and the former Kerry player is expecting his county to be braced for the challenge. 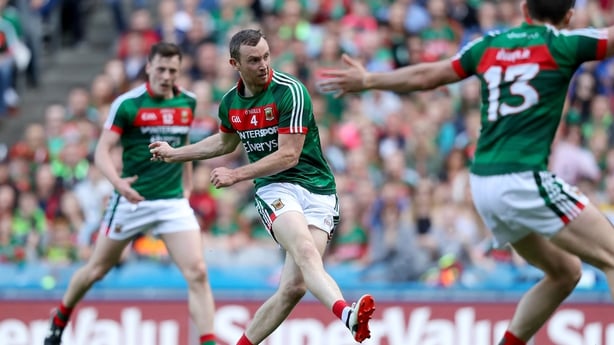 "Definitely our [Kerry] defence is an area Mayo will be looking at because they created six or seven good goal chances the last day with their running defence.

"They obviously had licence to get forward. You had Keith Higgins, Colm Boyle, Chris Barrett coming forward, Lee Keegan is back, they have players that can trouble Kerry.

"I think Kerry will have their homework done properly and will try and stop these fellas making their runs from far out."

Live coverage of Kerry v Mayo in the All-Ireland SFC semi-final on The Sunday Game, RTÉ Two from 2.45pm.

Live radio commentary on that game plus updates on Kerry v Cavan in the MFC semi-final on Sunday Sport, RTÉ Radio 1 from 2.00pm.

Live blog on the day's football action on RTE Sport Online and the News Now App from 1pm. 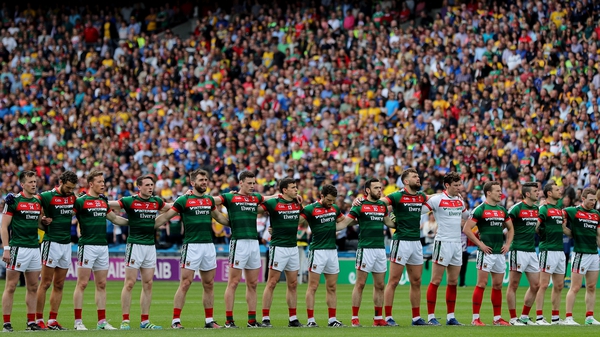