Peter Creedon and his Laois management team have stepped away from their positions, after just one season in charge.

There had been speculation over the Cork native's position as Laois boss in recent days but Creedon has confirmed that he and his backroom members will not seek reappointment for 2018.

"Although we had the support of the County Board executive and the Laois players, we feel that staying on would have been divisive for the county, given the nature of a recent board meeting," Creedon said.

"This type of generalisation of there being a drink culture in the squad is deeply unfair and divisive given that we were aware of only one incident where three players were absent from an early training session on Easter Monday," he added.

"The management were not aware of any issues regarding a drinking culture and, in recent discussions with players, we found they were at a loss to explain or substantiate such rumours."

Creedon and his backroom team oversaw huge progression with the Tipperary footballers before Liam Kearns continued that project to great effect.

However, Creedon accepts that it was a disappointing season with Laois - they were relegated to Division 4 on the final day of the NFL and ultimately bowed out of the Championship against Clare.

"It was disappointing," the former Tipp manager said. "However, inches of a post were the difference to us being relegated or staying up and throughout the league we had a number of injuries to contend with.

"Trying to blood new players proved hard as well - but we accept that results were poor and that an inability to keep 15 players on the pitch ultimately led to relegation.

"The training increased in intensity for the championship, though, and our players responded with an emphatic victory over Longford. The improved levels of fitness and spirit in the team and our game-plan worked well on the day.

"Two weeks later, unfortunately, our second half performance against Kildare was very flat.

"We regrouped in the qualifiers and defeated Wicklow but then Clare proved to be too good for us in our last game of the season. Again, I felt our second half showing was again very flat once we were reduced to 14 men."

The outgoing management feel that Laois are in the midst of a rebuilding process and says that patience is now required.

"Unfortunately, as we tried to bring new players in, we found a lack of understanding from keyboard warriors, and some club delegates. A fairer analysis of results over the last four years will show that Laois have slipped and are now playing catch up with Kildare and Meath, in particular, in Leinster.
"The County Board has put in place fantastic training facilities and excellent mentors for the underage development squads. If all parties in Laois pull together those investments will pay dividends.

"With a dedicated and unified group of young players they can work their way back to the top," Creedon said.

"We leave with our heads held high. The officials of the county board supported us all year and everything that we asked for was given to the panel. We had an excellent medical team, great kit men, and a panel of genuine players who gave huge effort to the cause. Maybe the results did not reflect their effort but they gave 100 per cent to all training sessions and games." 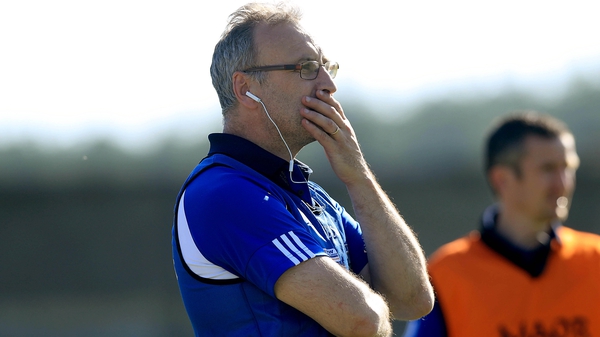 Down manager calls for a combined Ulster hurling team