Galway hurling manager Micheal Donoghue has confirmed that Jonathan Glynn is back training with the Tribesmen and will be available for selection for the All-Ireland semi-final against Tipperary.

The forward made a massive impact with the county in 2015, earning an All Star nomination during their march to the All-Ireland final, but subsequently moved to America and missed last season's campaign.

The 24-year-old works as a quantity surveyor in New York and lined out for the Exiles in the Connacht SFC last year in their Championship defeat to Roscommon, but has spent more time back in Ireland in recent months.

Glynn has already lined out for Ardrahan in the club Championship this year and linked up with the Galway squad for the first time back in April.

Donoghue says that he has recovered from a knee injury and will be part of his plans for the 6 August clash. 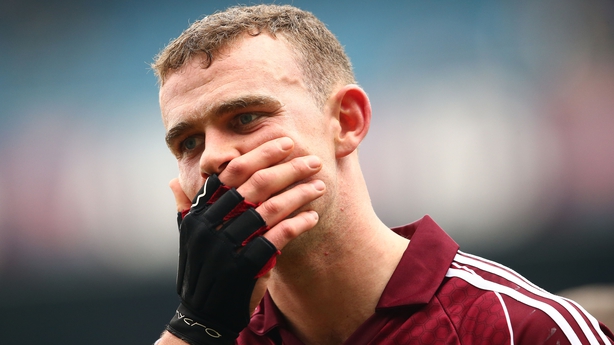 "He’s back, he came back last week," Donoghue told GAA.ie.

"Look, in this regard he was just really unfortunate that when he came back in his first club game he hurt his knee.

"He’s worked really hard and he’s back with us for the last 10 days or so."

"The initial diagnosis was that it wasn’t too bad, but then because it wasn’t healing properly we had to get a reassessed and then discovered that he required surgery.

"That left him out for a number of weeks. He’s worked really hard and he’s back with us for the last 10 days or so.

"It’s great to have him around, he’s a great character and a great influence on the group.

"The downside is he hasn’t played many games, but as every day passes he’s getting stronger and stronger. It’s a great option to have."

Glynn was a big loss for last year’s semi-final defeat to Tipperary, while Joe Canning was forced out of the game with a hamstring injury.

After leaving the field of play in the Leinster Final win over Wexford, team-captain David Burke has insisted Canning will be fully fit for the latest meeting with the Premier County. 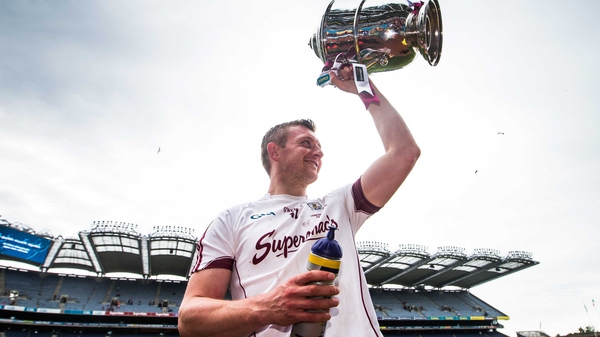