Former All-Ireland-winning Clare captain Anthony Daly believes there is a disconnect between supporters and the current crop of players.

The Banner bowed out of the 2017 Championship at the hands of Tipperary in Páirc Uí Chaoimh and following on from an underwhelming performance at times against Cork in the Munster final, it has been a learning curve for joint-managers Donal Moloney and Gerry O'Connor.

Speaking on The Sunday Game Facebook Live, Daly said he cannot put his finger on why a team that won the hearts and minds of the Clare public during their All-Ireland success four years ago is struggling to engender that same bond in 2017.

"It was disappointing [the size of Clare's support at Páirc Uí Chaoimh]. Somewhere along the line there has been a small bit of a disconnect between the players and this team. I don’t know where that occurred," he said.

"I’m not putting any blame on anybody."

Fellow analysts Liam Sheedy says both All-Ireland quarter-final winners will be buoyed by their run of results since their earlier setbacks as Cork and Galway wait patiently for their semi-final opponents.

"If I was Michael Donoghue and Kieran Kingston sitting at home I think I’d be very wary of the two teams that are coming through. They have now won three matches each and are coming with a bit of a storm.

"The other two have had a break. I think we have two very intriguing semi-finals."

Cyril Farrell meanwhile has been impressed, and surprised, by the progress of Cork this season after a couple of seasons in the hurling doldrums.

"Going from last year Cork are fresh blood. They are playing a lovely brand of hurling. Can they keep it up? That is another matter."

"Of the four teams left, the new team on the block is Cork. Most people at the start of the year would think Tipp, All-Ireland champions, Galway would be there or thereabouts, Waterford have been around the top for a while.

"Going from last year Cork are fresh blood. They are playing a lovely brand of hurling. Can they keep it up? That is another matter." 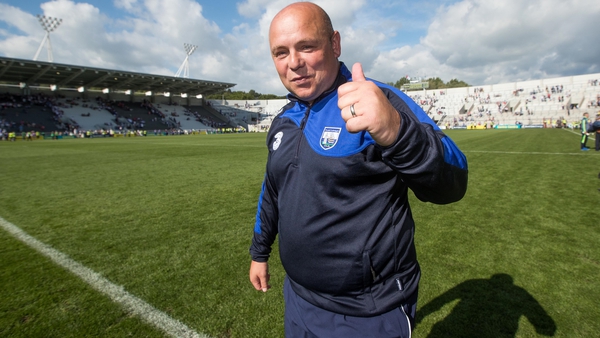