Defending All-Ireland champions Tipperary finally shook off the obstinate challenge of neighbours Clare to return to the last four in the newly reconstructed Pairc Uí Chaoimh.

Despite leading the way for the majority, the Premier County were still only one clear entering the final five minutes before finishing with five unanswered points.

And while Clare did raid for a consolation goal at the death through Shane O'Donnell, the preceding contrast in shooting certainly decided this dramatic derby. 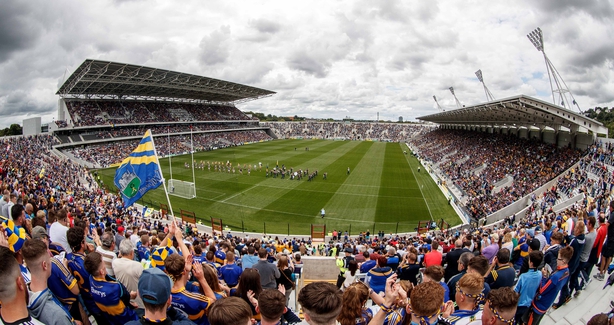 Clare hit 19 wides over the 70 minutes which would certainly come back to haunt them against a more clinical Tipperary side that could rely on the accuracy of John McGrath, John O’Dwyer, Noel McGrath and Seamus Callanan to keep them on top throughout.

After an even opening in which Tony Kelly and Shane O’Donnell traded points with the McGrath brothers Noel and John inside four minutes, differing fortunes would divide the sides for the remainder of the first quarter.

Darragh Maloney says Tipp boss Michael Ryan was like an 'oasis of calm' on the touchline. See his response. #RTEGAA https://t.co/Q0ovgxiPB6 pic.twitter.com/Ev2ooFvFHW

A lively Clare couldn’t back up their possession on the scoreboard as four successive wides were compounded by a disallowed Conor McGrath goal for overcarrying.

In contrast, Tipperary nailed six successive points, three from Seamus Callinan while also seeing a John McGrath goal opportunity just clear the crossbar at 0-08 to 0-02 by the 14th minute.

There would be a remarkable turnaround though in the space of a minute as McGrath and O’Donnell both set up Aaron Cunningham for quickfire goals to level the tie at 0-09 to 2-03.

However, 11 first-half wides would hamper Clare’s challenge as would some defensive lapses as a more clinical Tipperary finished with the last four points from play through Callanan, Seamus Kennedy, John O’Dwyer and John McGrath to hold a 0-16 to 2-05 interval advantage.

Seamus Callanan was unlucky to rifle over the bar on the restart but after a trio of Tony Kelly frees, the gap was still four points by the turn of the final quarter at 0-19 to 2-09.

However, the holders always seemed able to answer when required and with Noel and John McGrath along with John O’Dwyer in unerring form, Tipperary appeared to have weathered the storm as they established a seven-point cushion with 15 minutes remaining. 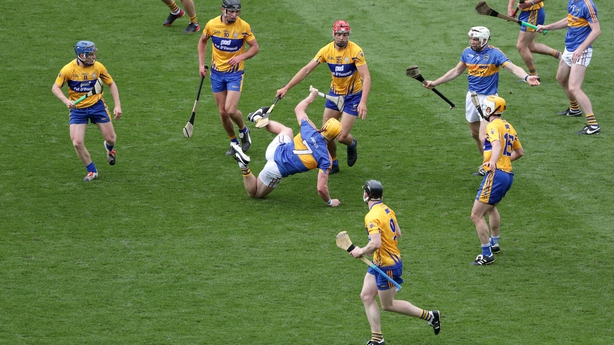 There was to be another twist though as the influence of Clare substitute Peter Duggan finally gave the Banner County a platform from puck-outs and would lead to an inspirational rally of six unanswered points to slash the arrears to just the minimum by the 65th minute at 0-23 to 2-16.

Crucially, Tipperary never allowed their opponents to pull level and instead would use all their experience to successfully survive the qualifier series and move back to the last four. 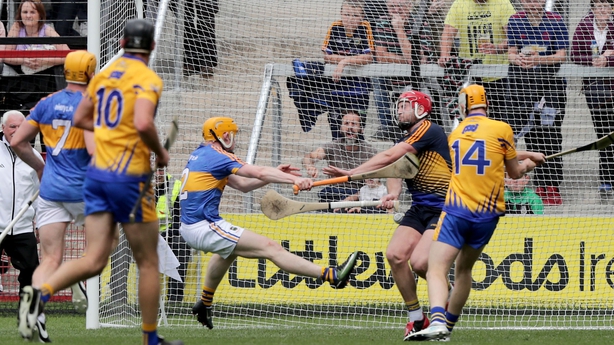