And Duignan says that his successor will have a very difficult job as the county is still not producing the quality of player capable of competing with the elite counties.

Ryan, who hurled for Waterford throughout the 1980s, resigns as Offaly manager after only one season in charge.

In 2017, Offaly won one game from six in their National League campaign and beat Leinster qualifying group winners Westmeath in dramatic fashion in the Leinster hurling quarter-final in Mullingar.

However, they were hammered by both Galway and Waterford and exited the championship limply on 1 July.

Ryan said he was leaving as his "reappointment would be divisive and make progress for Offaly hurling extremely difficult."

Duignan said he was surprised by the decision as Ryan had indicated he wished to remain for a three-year term.

"I'm a bit shocked. Because the noises Kevin had been making was that he wanted to stay on for a three-year term.

"Obviously he has gauged the mood among the players and some other people since the Waterford game and he has decided to go.

"I hadn't heard an awful lot about it locally.

"But there was a level of discontent after he made the comments before the Waterford match where he said that avoiding a slaughtering was the best we could hope for against Waterford.

"A lot of people felt that was going into a game with the wrong attitude."

Ryan is second successive Offaly manager to leave after just one year with Éamonn Kelly having departed following the conclusion of a tumultuous 2016 season. 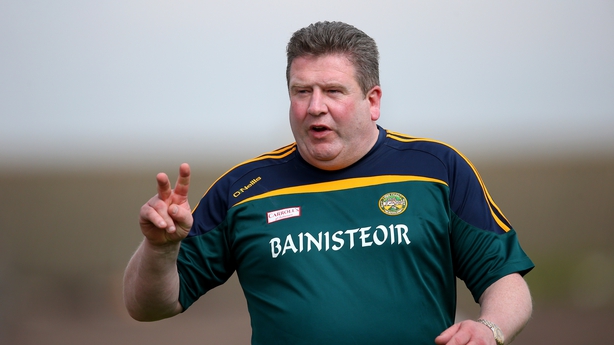 Duignan says whoever fills the role will have a difficult job and expressed his frustration at the slow pace of the reform of Offaly's underage hurling structures.

"We're just not producing the player that's good enough for a top coach to work with at senior level.

"The football manager (Pat Flanagan) is gone as well. It just seems to have been one disaster after another and there's the two managers gone again.

"So, it's back to the drawing board."