Five games are down for decision across the Bank Holiday weekend and first up is the novel pairing of Carlow and Dublin in the Leinster football championship, while in hurling Limerick and Clare will be battling for a place in the Munster final, writes James McMahon.

ONLINE
Live blog on RTÉ.ie and RTÉ News Now on Carlow v Dublin from 1830 on Saturday and on all of sunday's games from 1330.

Highlights of all the weekend's action on The Sunday Game on RTÉ 2 and the RTÉ Player from 2205.

WEATHER
There will be a mix of sunshine on Saturday and Sunday, with these showers most frequent along Atlantic coastal fringes. Afternoon temperatures will typically reach the early to mid-teens.

Carlow on the centre stage in Leinster quarter-final 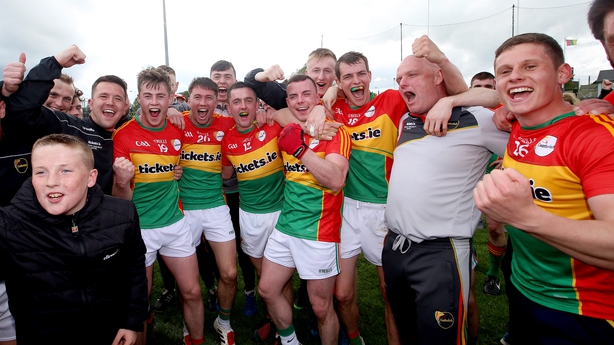 "There was a good feeling in Carlow for the last two or three weeks that something was happening and thankfully the team delivered. We are very proud of them".

The words of Carlow manager Turlough O'Brien in The Sunday Game studio after he masterminded a first win for the county in the Leinster championship since 2011 with victory over Wexford.

Turlough O'Brien says Carlow are in a "very good place, mentally and physically" for their clash against Dublin. pic.twitter.com/ujged3ACDj

The prize is now a date with the best team in the country on Saturday evening in Portlaoise. No disrespect to the latter venue, but it's a pity that the Dublin fans aren't heading to Cullen Park for this encounter. Decision is made, so there's no point arguing the toss!

Ulster duo who could do with a victory 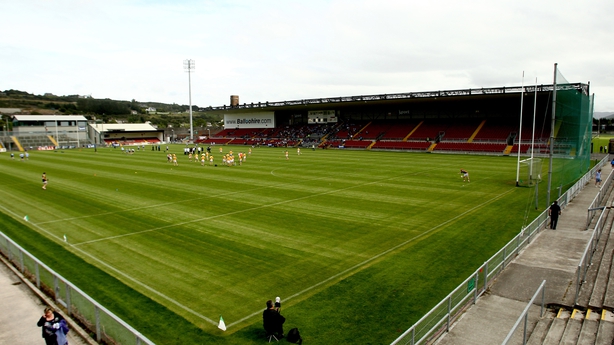 Páirc Esler is the venue as Down play host to Armagh in the Ulster football quarter-final.

It's hard to believe that Down haven't won an ulster title since 1994 - a year in which they also brought home Sam Maguire.

After a 2016 where Mourne County did not win a competitive game, the recent league campaign brought about something of a revival when they managed to retain their Division 2 status.

Armagh will be disappointed that they won't be in the same section next season after Tipperary's last-gasp win against Kieran McGeeney's men in the final round saw them claim the second promotion spot from Division 3.

Can Laois turn on the style again against the Lilies? 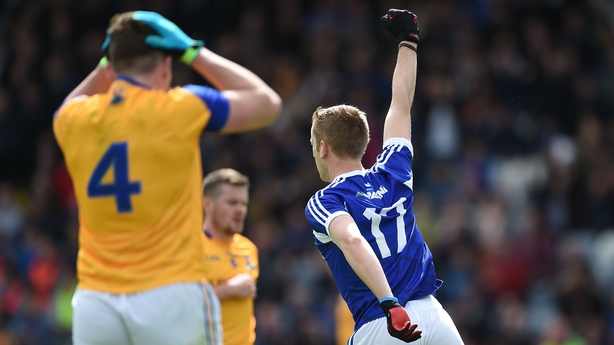 It has been a season of great contrast so far for this pair, with Kildare winning promotion to Division 1 and Laois dropping into Division 4.

Cian O'Neill has certainly got more of a tune out of the Lilywhites in his second year in charge and collectively they will have their sights set on reaching a provincial decider. Peter Creedon's Laois, however, rebounded well after their spring slip up when easily accounting for Longford the last day.

Louth looking to end barren spell against their neighbours 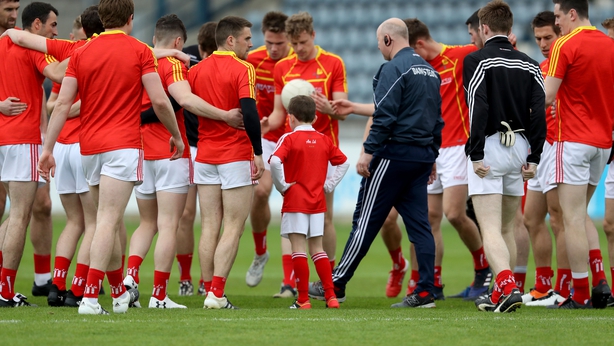 They meet for a second successive year in the Leinster championship. Meath won last year’s quarter-final (0-20 to 1-13) in Parnell Park in front of an 8,380 crowd. 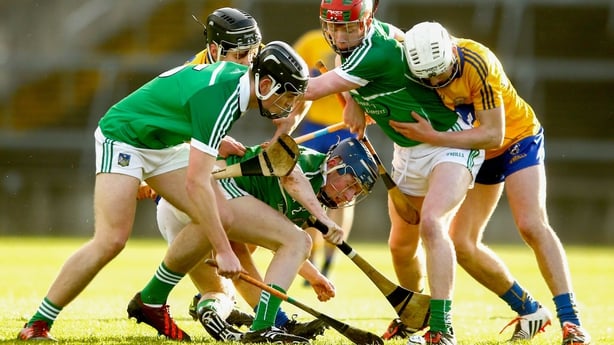 For a third consecutive year, Limerick and Clare do battle in the hurling championship.

The Banner won an All-Ireland qualifier tie last year, while their neighbours triumphed in a Munster quarter-final clash in 2015. *This will be the 55th championship game between the counties. Limerick won 35 to Clare’s 18, with one draw.