Michael Duignan is concerned Wexford could be walking into a Laois ambush in their Leinster SHC quarter-final at O'Moore Park on Sunday.

After a successful Allianz Hurling League campaign ended in promotion from Division 1B, expectations are sky-high that Davy Fitzgerald's side can also make an impact on the Championship in the Clareman's first season in charge.

Fitzgerald will be in the stands on Sunday as he serves the remainder of an eight-week ban for entering the field in the League semi-final defeat to Tipperary.

Many observers have highlighted a semi-final date against Kilkenny on June 10 as their first big test but Duignan warns that looking past a side that they only beat by four points in March would be a dangerous mistake.

"I think this is a tricky enough one for Wexford," the two-time All-Ireland winner told RTÉ Sport.

"They were fantastic in the League but everyone has been looking forward to Kilkenny v Wexford and that's dangerous in a panel.

"They're looking down the road at a day out in Wexford Park and there might be a small bit of over-confidence in the camp.

"Laois, at home, have produced some fantastic performances over the years.

"Wexford should win it but they'd want to be very careful because Laois have a very good forward line. The likes of Picky (Stephen) Maher can put up big scores." 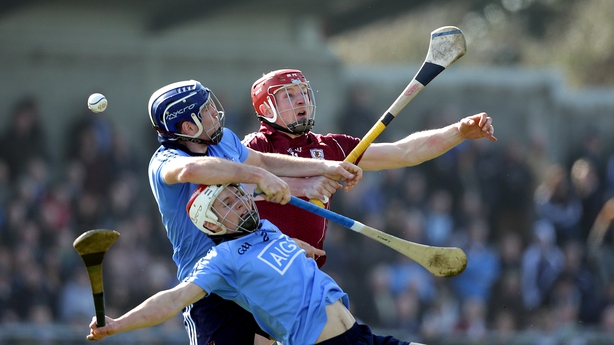 The Sunday Game analyst expects League winners Galway to triumph against a transitional Dublin team in the day's other Leinster quarter-final (Live on RTÉ2).

"Galway were outstanding in the league final," he said.

"There's a lot of expectation and a lot of people saying Galway are going to win the All-Ireland this year, so they should be winning this game.

"For whatever reason, there are quite a number of Dublin players not there.

"From the Cuala team alone, Mark and Paul Schutte; Mark and Con O'Callaghan are gone with the footballers. You have the likes of Danny Sutcliffe in America.

"I don't think at this level you can be missing players of that calibre, top-class inter-county players.

"Galway will be looking for a big performance and I expect them to win fairly comfortably." 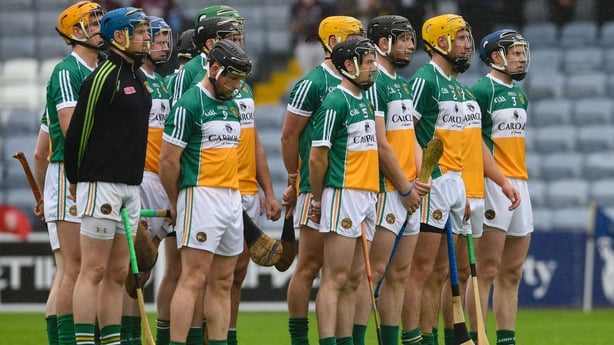 Duignan's native Offaly are also in action against Westmeath on Saturday (7pm), and he is hoping for a better performance at Cusack Park than they produced in the Leinster qualifiers last year.

"Offaly were beaten by 14 points in Westmeath last year, which was a huge shock," he said.

"It was a great win for Westmeath and they went on to beat Kilkenny in the Under 21 championship. So there are signs of massive improvement in Westmeath hurling.

"But Offaly have improved a good bit this year. Some of the U21 players like Ben Connelly, Paddy Delaney and Oisin Kelly have really matured and played well this year in the league.

"In some of their recent challenge matches they've been putting up big scores.

"It's a big ask to go there and turn around a 14-point deficit from last year but Offaly will be very determined to do so and that they will win it."

Watch Dublin v Galway in the Leinster SHC quarter-final (throw-in 4pm) live on RTÉ 2 and listen live on RTÉ Radio 1 on Sunday May 28. You can also keep up-to-date with our online match tracker on Sunday afternoon.