What a difference a year makes.

Tipperary had little difficulty in defeating Cork in the 2016 Munster championship. It was the first step they took on the way to winning Munster and All-Ireland titles.

Twelve months on and both sides produced a high-scoring thriller at Semple Stadium, but this time it was Cork who ran out winners and deserving winners at that.

In analysing the game you would have to see the Rebels were certainly more ravenous in their approach, more effective in the tackle. They wanted it more. Tipperary looked a bit leggy throughout. When John McGrath found the net in the 57th minute I thought that would be the catalyst for the home side to kick on and set up a date with Waterford in the Munster semi-final.

But Cork, as I have said, had that greater drive when the game was there to be won in the home stretch. 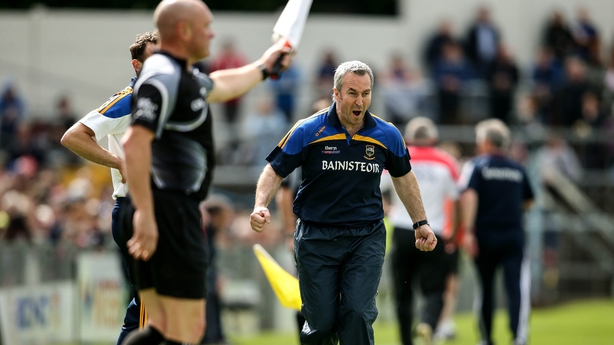 In his post-match comments, Tipperary manager Michael Ryan’s spoke about Cork’s greater energy and desire and the fact that his side were overworked in recent weeks. I believe they were a couple of rounds of clubs games of club games played in Tipp after the league final defeat. I don’t want to lash Michael Ryan and say that he’s only making excuses, but for a lot of the league I thought his side were in third gear.

Okay, the loss to Galway was a shock to the system, but I expected Tipp to hit the ground running against Cork and show that the league final was just a blip.

As things stand now, more scrutiny will be focused on Tipperary as they look to salvage their season.

I, for one, believe they can get things back on track. I still think they can have a massive say in the All-Ireland race now that their provincial quest is at an end and won't have to face Waterford and either Clare or Limerick. They have over five weeks to get ready for the qualifiers and club activity will be curtailed to give Ryan and his troops every chance to put things right.

On form, Tipperary should reach an All-Ireland quarter-final and if they can rediscover the fluidity that saw them destroy Kilkenny last September, then they can be a match for everyone. At this juncture, that’s a big ask for a side who have conceded 3-21 and 2-27 respectively in their last two outings but the talent is there to engineer a revival.

Can we put Cork into the mix for an All-Ireland title? 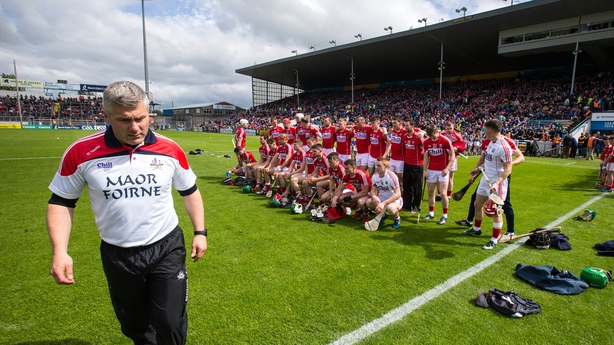 Well, they certainly put themselves firmly back centre stage against the All-Ireland champions, though like Tipp will be concerned at the high tally they conceded at the weekend.

In an earlier column I spoke about how impressed I was watching a Cork U16 side destroying the Kilkenny U16.

There are high hopes that the county’s minor squad can do good things this year. Manager Kieran Kingston is now moulding an exciting senior squad that is brimming with talent. Kingston’s son Shane, Luke Meade and Mark Coleman were among those to excel on Sunday last.

Next up for Cork is a date with Waterford. At this stage, that’s a game to savour and a change of emphasis for Derek McGrath who, like so many of us, would have expected Tipperary to be the opposition on 18 June.

On the evidence presented in the league and now this win in Munster, the Rebels are going in the right direction. History has shown that they can deliver All-Ireland titles when least expected.

Their defeat of Tipp has just made the race for Liam this year a lot more interesting. 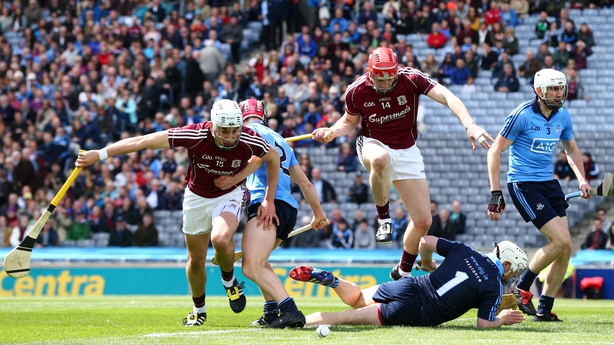 This coming weekend sees three games in the Leinster hurling championship. Galway have been all the talk since they trounced Tipperary last month. They tick many of the boxes that can see them deliver an All-Ireland this year and while I expect them to beat Dublin, Ger Cunningham’s side are not as bad as their league position suggests and are more than capable of putting it up to Galway.

To some people, Wexford v Kilkenny at Wexford Park on 10 June is already in the fixture list. What better motivation then for Laois to put it up to Davy Fitz’s side in Portlaoise.

Éamonn Kelly’s side were unbeaten in the round-robin and ran Wexford close in the league. Laois can be competitive here for 40 or 50 minutes, but Wexford should have enough in reserve for the win and so get a worthwhile before they face the Cats.

Westmeath v Offaly is a tough one to call.

Offaly have been in the doldrums for a while, while Michael Ryan has certainly given Westmeath back some belief during his time in charge.

Watch Dublin v Galway in the Leinster SHC quarter-final (throw-in 4pm) live on RTÉ 2 and listen live on RTÉ Radio 1 on Sunday May 28. You can also keep up-to-date with our online match tracker on Sunday afternoon.