Bernard Flynn believes Aidan O'Shea has hugely underachieved in a Mayo jersey, and detailed an incident after a challenge game with Meath - when the Breaffy club man posed for selfies while his team-mates did a warmdown - as symptomatic of an attitude that is preventing him from reaching the heights he should.

O'Shea, who has been left out of the starting 15 for Sunday's clash with Sligo, has come in for frequent criticism in his time with the Green and Red despite possessing a rare ability to grab any game by the scruff of the neck.

Flynn said the forward's talent is not in question, but his ability to consistently deliver on the biggest stage is, comparing unfavourably to Donegal talisman Michael Murphy.

"The frustration is, he hasn’t done what he’s supposed to do considering the calibre of player he is," the two-time All-Ireland winner with the Royal County told the RTÉ GAA Podcast.

"When you’re a big-name, marquee player and you’re on the front of papers, doing interviews and endorsements and all of that, he actually hasn’t done what he should be doing and what he’s capable of doing. It’s as simple as that.

"Last year. If the truth be known, if he’d played anyway well to form over the two games against Dublin Mayo would have been All-Ireland champions. That’s the big frustration. He hasn’t really done it.

"There’s no contest as regards Michael Murphy and O’Shea at the moment. It’s an unfair question to either player. Michael Murphy is on a different planet compared to what O’Shea has actually done overall for his county in big games when the moment is needed most. He has to do more."

Mayo haven't lifted Sam Maguire for 66 years, with last September's final replay defeat by Dublin the latest in a series of heartbreaking disappointments.

Their latest quest to finally end the wait begins this Sunday in Castlebar against Sligo, conquerors of New York in the Bronx.

While many are backing Stephen Rochford's men to be in the mix in late summer once again this year, Flynn warned they'll need to get more out of O'Shea to kick on, picking up on recent behaviour that left him in "amazement". 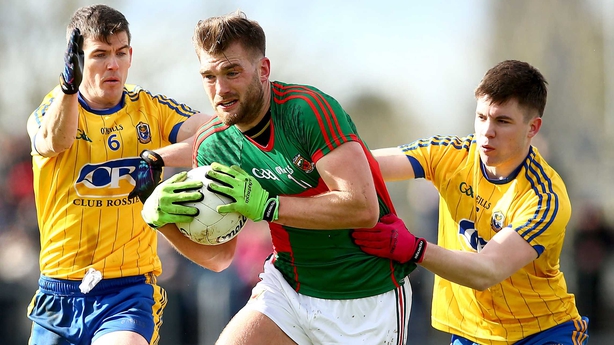 "Meath played Mayo in a challenge game in Mullingar the week before last," recounted Flynn.

"At the very end of the match the Mayo players got round in a circle and O’Shea had finished the match with the 15 that had finished. There were 15, 20 kids around and he signed autographs.

"He decided then after a while to come into the ring when all the photographs were finished, which I found absolutely incredible. They did a warmdown and the same thing happened.

"The whole team did a warmdown; ten yards away he proceeded to have photos and selfies and whatnot and he was allowed to do his own thing.

"I stood back in amazement with a few friends of mine who watched and a certain individual who was close to the Meath team said, ‘that’s exactly why Aidan O’Shea plays the way he does’.

"It was incredible to see what happened."