Liam Sheedy believes Jason Forde has been give a "very harsh penance" for his altercation with Davy Fitzgerald, and said the Tipp forward is the "big loser" in a fallout that also saw Fitzgerald receive an eight-week touchline ban.

The Wexford manager stormed on to the pitch during his side's Allianz Hurling League Division 1 defeat to the Premier in April to remonstrate with referee Diarmuid Kirwan.

It led to a clash with Forde and subsequent punishment dished out to both men.

The Central Hearings Committee (CHC) halved his original two-match ban but the Premier had sought to have Forde's quashed completely.

They failed, and although they have the option of taking the case to the Disputes Resolution Authority (DRA), that seems unlikely. 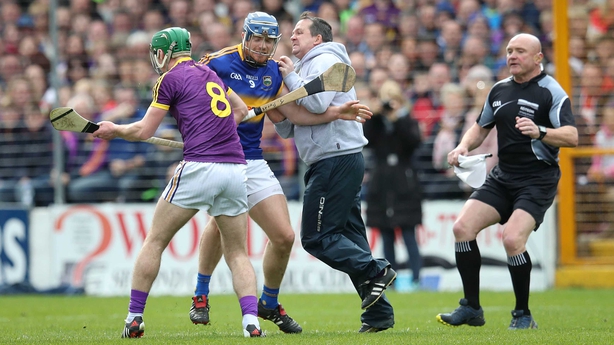 Fitzgerald is understood to be extremely disappointed that Forde has been dragged into the situation.

"Originally the Central Hearings Committee found Jason guilty of an assault of an opposing team mentor and gave him two matches; on appeal it was downgraded to contributing to a melee and was reduced to one match by the Central Appeals Committee," Sheedy told RTÉ Radio 1's Morning Ireland.

"I just feel it's overall a very harsh one to take for Jason. The first round of the Munster championship starts on Sunday.

"Everyone know the importance of making the team sheet for the first game. I would say the big loser in all of this is Jason Forde. Contributing to a melee is not justifiable in this instance.

"I think (Tipp have) taken the steps that were necessary. I don't think there's a lot to be gained at this stage (by taking it to the DRA).

"The Tipperary camp will probably feel at this stage its' better if they focus on the game. The hurt that Jason will be feeling will transfer across to his team-mates because it is very very difficult for him.

"Davy Fitzgerald should never have found himself in there in the first place, and to me it was just a very small shove. The penance here is very harsh in this instance." 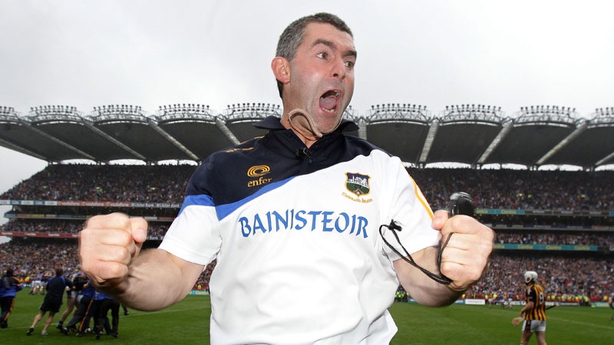 Sheedy led his county to the Liam MacCarthy in 2010 and feels this vintage, the current All-Ireland champions, have come in for a lot unfair criticism since the heavy league final loss against Galway.

A Munster SHC quarter-final against Cork at Semple Stadium provides the perfect opportunity to silence any doubters, and Sheedy is confident Michael Ryan's charges will do just that.

"Cork have had a good league campaign, they're coming there with every chance, but Tipp likewise," he said.

"They've shipped a lot of criticism since the league final defeat (to Galway). As I've said consistently, it's been one match out of 13 where they haven't performed. They'll be anxious to get back up and running.

"I think we'll get a cracking opening to the Munster championship on Sunday but ultimately I think Tipp will have enough to see them through."