The Tipperary County Board will consider its next move after the Central Hearings Committee (CHC) halved Jason Forde’s original two-match ban following his altercation with Wexford manager Davy Fitzgerald.

The Silvermines player was hit with the suspension after his involvement with Fitzgerald when the Clare native encroached on to the pitch during last month's Allianz Hurling League semi-final at Nowlan Park.

The Wexford manager was handed an eight-week suspension, but Forde’s ban was reduced to one game at yesterday’s hearing after the CHC "found the infraction not proven but decided that he had committed the lesser infraction of contributing to a melee".

Tipperary had refused to accept the original decision, and have the option of progressing the case to the Central Appeals Committee and, ultimately, the independent Disputes Resolution Authority (DRA).

As things currently stand, Forde will miss the Munster Senior Hurling Championship quarter-final against Cork on Sunday, 21 May. 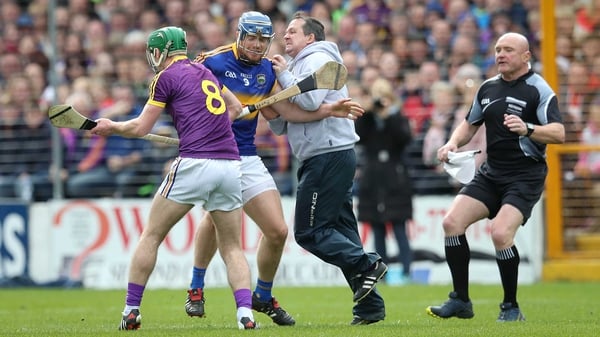