Donegal forward Patrick McBrearty is hoping Donegal will carry their League form into their Ulster Championship clash with Antrim in less than three weeks.

The two sides meet at the quarter-final stage in Ballybofey and the hosts will be expected to seal a semi-final date with the winners of Derry and Tyrone.

Rory Gallagher’s team showed glimpses of their potential during the League, where they finished level with eventual champions Kerry on eight points, all the more impressive considering he blooded new faces to a new-look Donegal panel.

With the likes of Eamon McGee, David Walsh, Rory Kavanagh, Christy Toye, Colm McFadden and Neil Gallagher all calling time on their Donegal careers, and Odhran Mac Niallais stepping away from inter-county football, 23-year-old McBrearty now finds himself as one of the senior players at Gallagher's disposal.

Hugh McFadden, Eoin McHugh and Caolan Ward are among those who have staked claims for starting spots against Antrim, while young midfielder Ciarán Thompson has been one of the outstanding performers in the early part of the year.

Now in his seventh season with Donegal, the Kilcar sharpshooter says that while optimism was low at the beginning of the year, green shoots were visible during the League campaign which included a big win over Tyrone and a draw with Dublin.

"We had a good League campaign," he said speaking at AIB’s ‘Club Fuels County’ launch of the GAA All-Ireland Football Championship.

"At the start of the year, people probably feared that we would go down, both within and outside the county, but we had a solid League campaign.

"A lot of young lads came in and did really well."

While Dublin are favourites to retain Sam Maguire, Kerry’s League final victory has added further credence to the notion that they will be the biggest challengers to the reigning champions for All-Ireland honours come September.

McBrearty however isn’t buying into the notion that it is already a two-horse race before a ball has even been kicked in anger.

"I suppose it’s the opinion of the majority of the country, but we just have to concentrate on Antrim in two weeks, get through them and look to give Ulster as good a shot as possible," he told RTÉ Sport.

"August, September is a long ways away just yet." 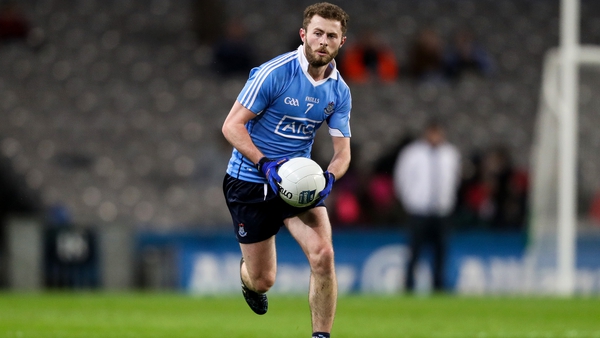 Jack McCaffrey loving life back with the Dubs