Kevin McLoughlin scored a stoppage time winner for Mayo against Tyrone at Healy Park which means their Division fate will be decided in the final round of fixtures.

Sean Cavanagh had just given Tyrone a two points lead when Tom Parsons rifled home a Mayo goal on 26 minutes.

Patrick Durcan’s second point gave the Connacht men a 1-6 to 0-8 interval lead, and they added a string of Cillian O’Connor frees.

Mark Bradley and Tiernan McCann had Tyrone scores, but McLoughlin’s late point was enough for the Connacht men. 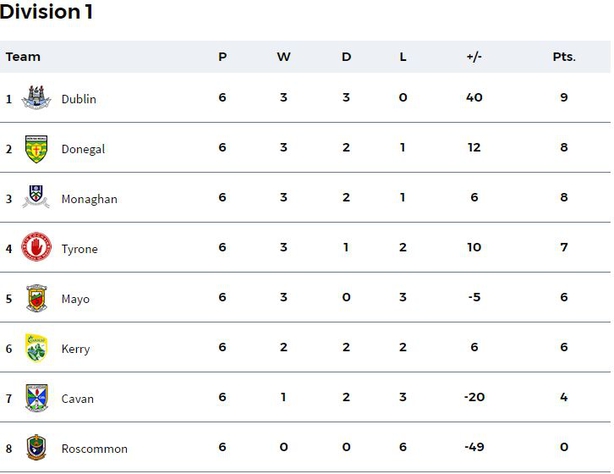 In front of a crowd of 7.850, Patrick Durcan’s early point was cancelled out by scores from Tyrone’s livewire corner men Darren McCurry and Mark Bradley.

With Mattie Donnelly restored to his favourite midfield position following a brief experimental spell as an inside forward, the Red Hands continued to press, but poor finishing cost them the opportunity to stretch their lead.

It was the Connacht men who broke from deep for Shane Nally to slice over a gem from wide on the left, before Kevin McLoughlin added a point.

Tiernan McCann’s dipping shot from an angle forced David Clarke into a save, and Tyrone did draw level when Niall Sludden showed a clean pair of heels to Lee Keegan to find the target. 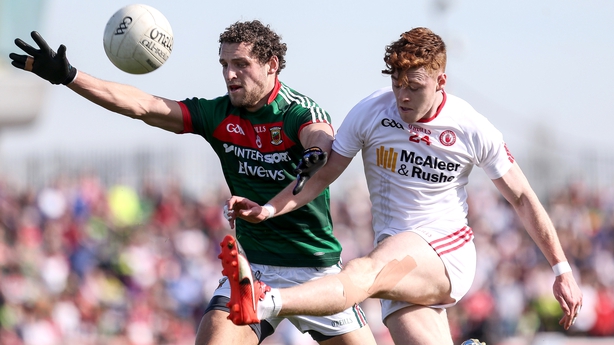 Moments later, however, Sludden’s game was ended by a black card following an illegal challenge on Keegan.

Keegan himself was black-carded 10 minutes later for hauling down Ronan McNabb, with Sean Cavanagh slotting the resultant free for a 0-6 to 0-4 lead ten minutes before the break.

But Mayo then struck for a 26th minute goal. O’Connor’s perfect pass picked out Andy Moran, who fed midfielder Tom Parsons for a low finish past Niall Morgan.

Despite a magical Bradley score and a Cavanagh special, Tyrone trailed by 1-6 to 0-8 at the break, and missed a goal chance soon after the restart when Conor Meyler scuffed his shot, and Chris Barrett began to find the measure of the jinking Bradley.

Kieran McGeary landed a long range point to level for the fifth time, but O’Connor floated a ’45 between the posts at the other end

Goalkeeper Niall Morgan, from a free, and Tiernan McCann had Tyrone points, and in a tense and intense finish, defences imposed themselves on the game as both sides displayed their fear of defeat.

Bradley brought the sides level for the eighth time in the 48th minute, and a full 14 minutes later, Mayo did manage to find the space for McLoughlin to flash over the winner. 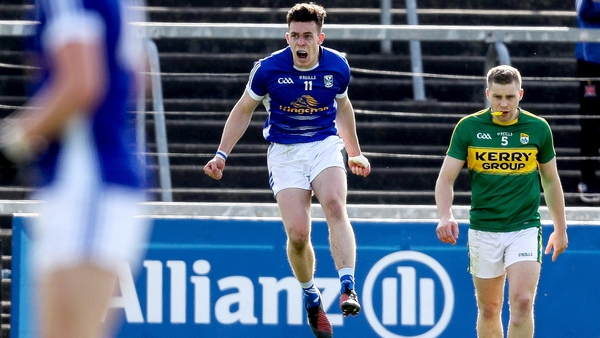