A late, late free from sub Seanie Johnston secured Cavan a share of the spoils after a slow-burner before 8,000 fans at a sunny Kingspan Breffni Park.

Kerry coughed up a two-point lead at the death but, in truth, Cavan deserved at least a point from this clash.

The visitors led by 0-6 to 0-4 at the end of a fairly forgettable first half.

Despite the sunshine, a swirling wind made conditions difficult. Cavan played their best football of the first half in the opening 10 minutes but tailed off thereafter, with seven successive wides in the lead-in to the interval proving particularly costly.

They were guilty of over-exuberant tackling, though, and after Paul Geaney had cancelled out Clarke’s opener with a free, he added two more from the hands to level matters with a quarter of an hour played. 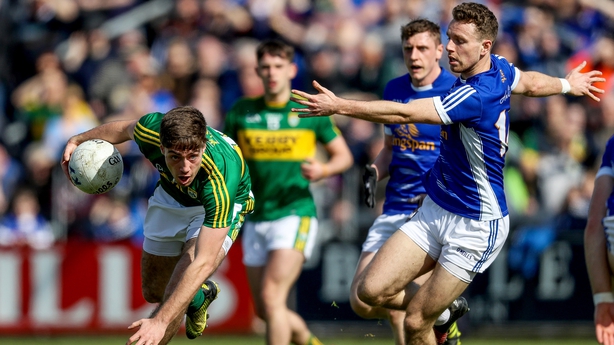 A minute later, referee Maurice Deegan spotted a foul on Madden from 50 metres away and Gearoid McKiernan converted for Cavan – but that was to be the home side’s final score of the half.

Kerry landed the final three points through Donnchadh Walsh, Geaney (free) and Jack Barry but they were still being held fairly well by a rigid Cavan back-line.

The problem for the home side was that they appeared to be out of ideas at the other end and with each of those wides, confidence was drained bit by bit.

With the excellent David Moran providing steady leadership in the middle third, the Kingdom looked poised to push on in the second half and that feeling was intensified when sub Bryan Sheehan sent over a huge point with his first touch.

But Cavan manager Mattie McGleenan had thrown Dara McVeety into the inside forward line and the Crosserlough man’s pace immediately began to cause Kerry problems.

He won a free which Madden converted and then after a great pass over the top from Cian Mackey, McVeety burst clear and planted a terrific shot to the net.

Sheehan replied with a free but when McVeety earned another and McKiernan converted it, Cavan – 1-6 to 0-8 in front - sensed a first victory over the Kingdom in 51 years was in the offing.

Geaney replied with a similar effort and with 10 minutes to go, Kerry levelled through a super Stephen O’Brien effort.

In the frantic final minutes, Kerry looked like they had done enough when Keane kicked a beauty and Sheehan curled in a tremendous free from the left wing.

But Cavan dug deep and Joe Dillon punched over a crucial score before sub Seanie Johnston, with his first touch, nailed a difficult 40-metre free to secure a draw.

Kerry had one final chance but Geaney’s free from the right wing trailed wide. 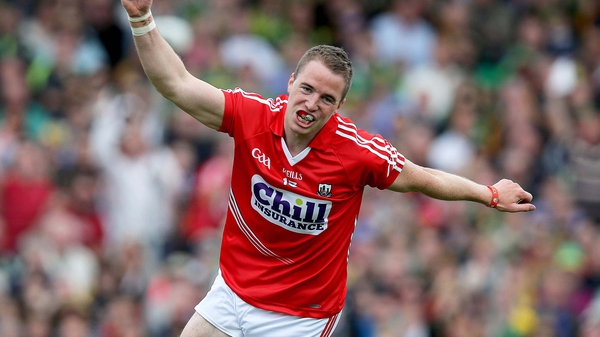