Returning All-Ireland club hurling champion Con O’Callaghan was the scorer-in-chief as Dublin proved too strong for Longford in the Leinster U21 Football semi-final, while there were wins elsewhere for Sligo and Donegal.

Fresh from his exploits with Cuala, the gifted forward and team captain plundered 2-05 in testing conditions at Lakepoint Park in Mullingar, though the defending champions led by the bare minimum at the interval playing against the stiff breeze,

Declan Monaghan, Glenn O'Reilly, Chris Sallier, Dan O'Brien were all late changes to the Dublin team and both sides took their time to adjust to the conditions.

O’Callaghan claimed the first score of the game after 13 minutes, while Sallier tacked on the next two Dublin scores. Tom Fox thought he had the game's first goal, but his effort was disallowed by the match officials.

Longford however stuck manfully to the task. Rian Brady opened their account with a free, before a second from play and a fine score from David McGivney saw the sides level, before O’Callaghan nudged the men from the capital ahead at the interval.

An indication of the strength of the wind was evident when O'Callaghan went short with a 21 mtrere free in the finals tages of the half. 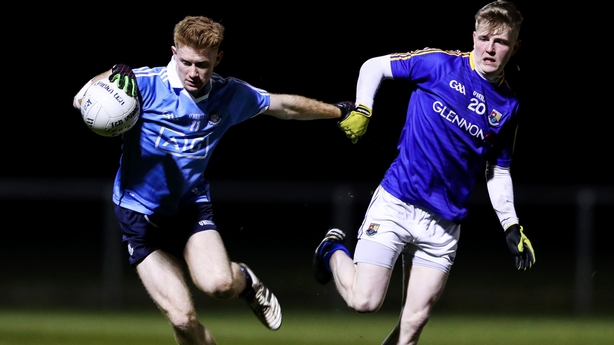 However a scoring blitz at the start of the second half quickly put paid to Longford’s challenge.

Within seven minutes of the restart Dublin picked off 2-03 without reply, with O’Callaghan claiming all but one point in the purple patch.

First he profitted from a mistake by the Longford goalkeeper, playing a one-two with Sallier before rounding the goalkeeper to finish to an empty net, before putting the game to bed five minutes later with his second of the night.

McGiney’s free halted the Dublin momentum, but Sallier and O’Callaghan continued to keep the umpires ticking over.

The underdogs were reliant on McGivney’s accuracy from placed balls, with their first score from play coming four minutes from the end through Aidan McElligott.

Longford reeled off the last four scores of the contest, but it was academic at that stage, with Dublin winning out on a scoreline of 2-10 to 0-09.

They will now face the Faithful County in Portlaoise next week, Wednesday 29 March.

In Connacht, Sligo sealed their passage through to the final courtesy of a 1-13 to 0-13 win over Roscommon at Kiltoom and keep alive their hopes of a first ever provincial title at this age grade.

Playing with the wind in the opening half, the Rossies held a two-point advantage, with Hubert Darcy’s free-taking key to the narrow lead.

Sligo’s Darragh Cummins was a real thorn in the Roscommon defence and his three points in the first eight minutes of the second half saw the sides level at 0-08 apiece.

From there on the Yeats County never looked back. Jodie O’Reilly’s point put them three up, and he followed it up soon after with a goal to put daylight between the sides.

The Rossies battled gamely with scores from Cian McKeon, Jason Perry and Brian Stack, but Sean Carrabine’s final score ensured a three-point win for Sligo and they advance on a scoreline of 1-13 to 0-13. 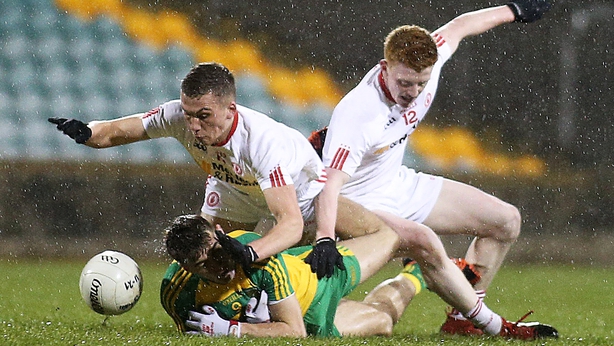 At the second time of asking, Donegal got the better of Tyrone in the U21 Ulster quarter-final replay in Ballybofey on a scoreline of 0-18 to 1-09.

In front of a crowd of 3,627 spectators, Donegal’s Michael Langan opened the scoring within 30 seconds and in a lively opening, Stephen McBrearty’s point gave the home side a 0-05 to 0-03 advantage with just over 10 minutes on the clock.

A Ryan Coleman goal put the Red Hand ahead of the first time, and by the time the referee blew the whistle after an absorbing opening half, it was level 0-08 to 1-05, with six different players on the Donegal scoresheet.

Two early frees swung the momentum back in Donegal’s favour, and they had a penalty to press their advantage, but Tyrone’s goalkeeper pulled off a great save to deny the home side.

Donegal however retained a firm grip on proceedings. Jamie Brennan, Michael Carroll, CIan Mulligan tacked on further scores as they sealed their place in the Ulster semi-final. 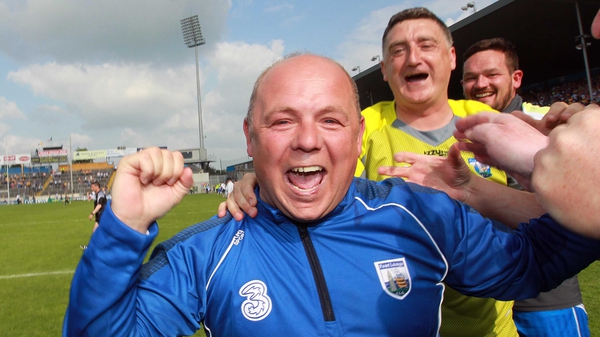 'All or nothing' for Derek McGrath with Waterford