Donegal captain Michael Murphy says that while professional sport is something that always crosses his mind, he is more than happy with his lot as a Gaelic footballer.

The 2012 All-Ireland winner featured on RTÉ2's The Toughest Trade on Wednesday night, tracking his time in France as he trained with Top 14 side Clermont Auvergne, while former Welsh rugby international linked up with his Glenswilly club.

Murphy caught more of a glimpse into the inner workings of a professional sporting environment as he tried to get to grips with the oval ball, though it wasn’t his first opportunity outside of amateur ranks.

In 2009 it was widely reported that the rising GAA star was offered an Australian Rules trial, and the following year Murphy confirmed he turned down advances from Down Under.

Speaking on The Toughest Trade, Murphy admitted that there will always been an allure to professional sport for amateur players, but he couldn’t envisage not donning the green and gold of Donegal.

“The professional life is something that would turn the heads of many Gaelic footballers, the opportunity to live your life as a professional,” he said

“I did get an opportunity a number of years back with Australian Rules, but my love for Donegal and really, really wanting to play football for Donegal at the time was my only dream.

“That has kept me there at it.”

'My love for Donegal is my only dream' - Michael Murphy discusses the possibility of being a professional athlete #TheToughestTrade pic.twitter.com/oCpXNm7c69

Murphy's late free last weekend earned Rory Gallagher's side a draw against Dublin in the Allianz League and while the two-time All Star says he still thinks about how his sporting career could have taken a different path, he insists he has no regrets with where he is right now.

“There’s something lingering there...you’d love to be really analysed the way these players have been analysed and just see where it would bring you.

“But, do you know what, you can do that at amateur level too where I’m at.

“Don’t get me wrong, I loved my time here [Clermont] and the lifestyle was fantastic, but I think I’ve made the right call.

“I’m happy where I am back home. That’s where I see myself.”

Michael Murphy appeared  on AIB's Toughest Trade (Wednesday RTÉ2 9.30pm) as he switched codes to rugby and trained with Top 14 side Clermont Auvergne. Watch the show in full below. 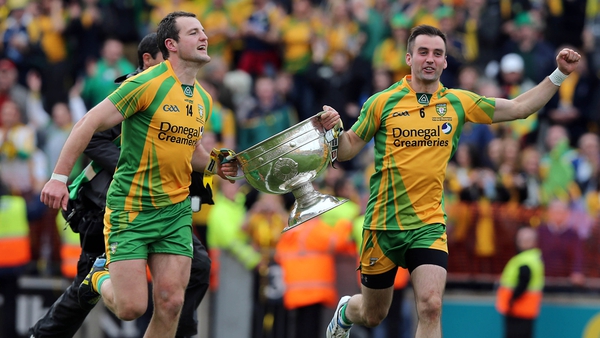