GPA Chief Executive Dermot Earley has called on delegates at this weekend’s GAA Congress to oppose the Paraic Duffy’s 'Super 8' proposal for the football Championship.

The proposal from Director-General Duffy, which will see the All-Ireland SFC quarter-final stage played off over two groups of four teams, will be voted on at Croke Park this weekend, but the majority of the GPA’s members have voted against the proposal.

GPA president Seamus Hickey confirmed that a poll of members found 70pc opposed the proposal, though members have backed proposals to end championship replays and shorten the inter- county season.

“All of the players' representative bodies in the GAA have now been surveyed and the inter-county player and the club player have called for the Duffy proposals to be shelved,” Hickey said.

The GPA has outlined five reasons behind their dissatisfaction with the proposal, chief among them the “lack of sufficient and meaningful consultation with players regarding all aspects of the proposal”.

The body adds that it will do little for the lower ranked counties and believes it will demotivate players “competing at the lower end of the Championship”.

It also adds that there will be no incentive for provincial winners over other teams who qualify for the quarter-final stage as provincial winners would now have to play an additional three games in order to reach the semi-final.

GPA Chief Executive Dermot Earley says it will be a step backwards if the proposal is passed at Congress.

“The idea of players participating in a competition with a revised format which does not have the support of over 70% of squads is something the GPA finds impractical,” he said.

“The GPA is calling on delegates to oppose the motion being put to the GAA Congress this weekend.”

“I respect Paraic Duffy and what he’s trying to do, but he’s wrong, he’s absolutely wrong,” Griffin said.

“It’s quite clear that the Super 8 is about rescuing a failing championship model, focused on big teams, deepening the problems of the rest.”

In a statement released today, the GPA outlined reasons behind their disapproval.

They highlight “a lack of sufficient and meaningful consultation” with players and believe it offers little change for so-called weaker counties and will not decrease the widening gap between the leading counties and the rest.

“The motivational impact for players competing at the lower end of the Championship which may be negatively impacted leading to concerns about the longer term sustainability of the football championship,” they said.

Speaking on RTÉ Allianz Sunday, former Cork manager Donal O’Grady agreed it did little for the game of hurling.

“Putting on a hurling hat, I was disappointed that Paraic Duffy didn't look at the hurling (situation),” he said.

“I would have liked action to see a Super 8 in the hurling. I think it would be a great competition. I'd be afraid that hurling's profile would be lost in all the publicity and all the football that's happening.”

GAA's Playing Rules Committee chairman Jarlath Burns told the Irish Independent that the CPA is “fighting the wrong enemy” in light of their criticism over the proposal change.

"This business of 'don't put in your proposals but we don't have any just now' doesn't wash with me,” he said.

“I respect what they (CPA) are trying to do for club players but I think they have made a mistake in not coming forward with their own robust proposals, which offer an alternative.” 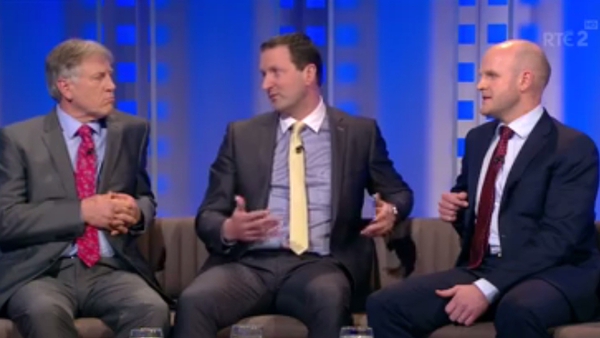